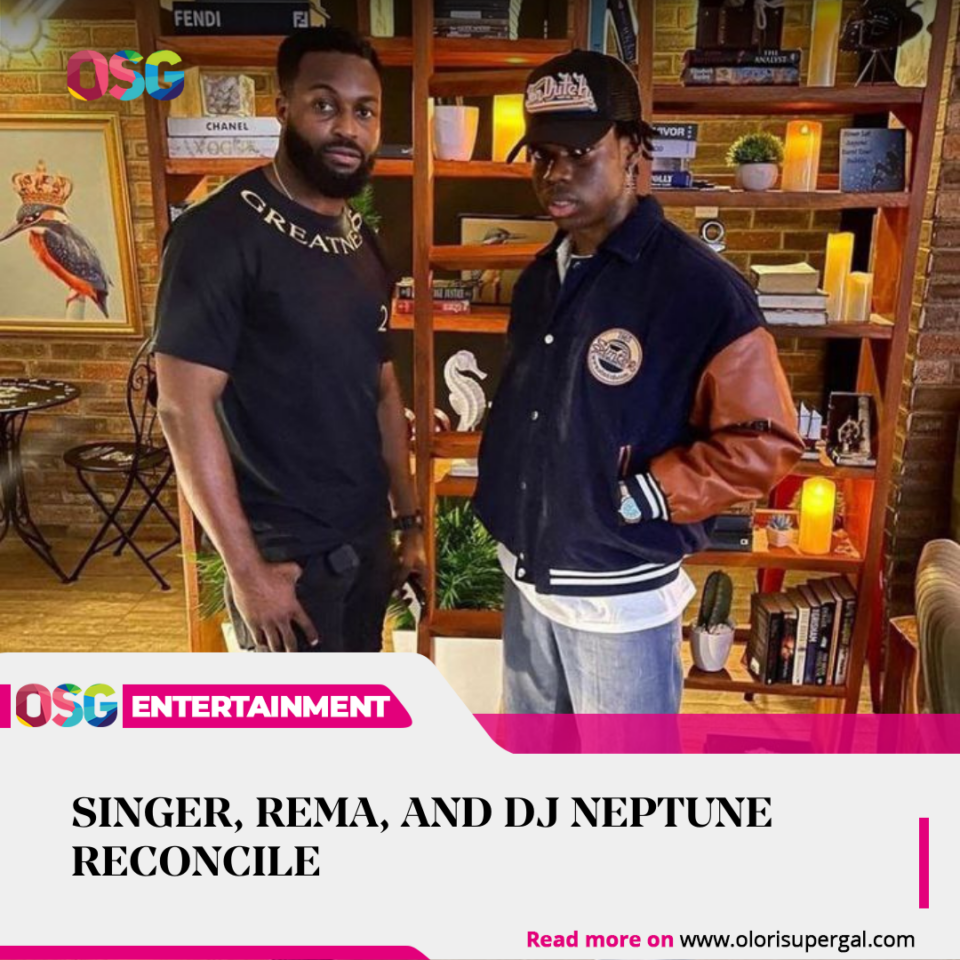 Popular singer, Rema and DJ Neptune have reconciled after the former called him out for allegedly releasing a song without his permission.

Recall that Rema via his Twitter handle asked Dj Neptune to delete the song ‘For You’, which he released without his permission or be ready for war.

However, Rema was criticised for calling out DJ Neptune publicly rather than addressing the situation in private by fans and other celebrities including Dotun and Dj Spinall.

On his part, DJ Neptune posted screenshots of his discussion with Rema’s manager and agreements with a caption to show there was no bad blood.

Now, it seems all is well between the two stars as Rema via his Twitter account posted a picture of them.