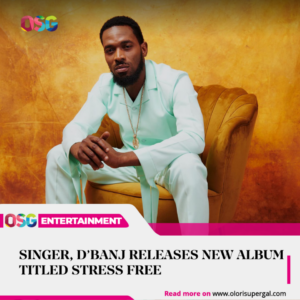 The Kokolet crooner took to his Instagram page to announce the release of the album. He said that he has been told one can’t live a stress free life without going through stress, however, if one persists, there will be a move from the stress into the free part.

He also thanked God and his fans for making the album a reality.

“I’ve been told that you can’t live a Stressfree life without going through stress and that if only you hang in there you would move from the Stress into the free part and that’s why with joy in my heart I’m Grateful to God and to Everyone that made this Album Come to life.

“I can’t thank you all enough. It took us more than 2 years or more to put this together and I know how hard and difficult it is Because I already planned the release of Stressfree for my birthday last year but the most stressful season in my life came unexpectedly but thank God for the grace to scale through and today finally it’s out.

“Stressfree chapter one is now out and I pray for you all that despite the Stress in the world, Everyone will get to live a Stressfree life”.

The eight-track album produced by D’banj himself comes four years after his last album which he titled “King Don Come”.