Who doesn’t love award season? and this season is truly underway in Hollywood and on Sunday night it was the turn of the 25th annual Screen Actors Guild Awards show, which saw Black Panther take home the top award. The night welcomed a star-studded crowd to the Shrine Auditorium in LA. The traditional red carpet was turned silver for the night and the stars of film and television who shone the brightest. Lady Gaga, Chadwick Boseman, Aja Naomi King and several others certainly came dressed to impress.

The celebrities showed us that less is more, here are some of our favourite looks of the night –

Lady Gaga – The songstress was nominated for her standout performance in “A Star is Born,” , she definitely dressed for the part cause her white Dior dress got her looking like a star. 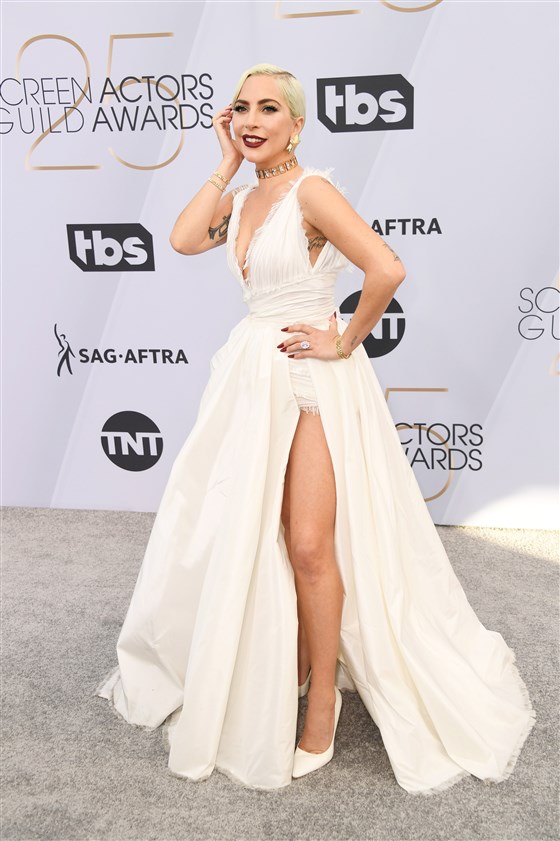 MANDY MOORE – The American singer-songwriter came through with the black and simple vibe. 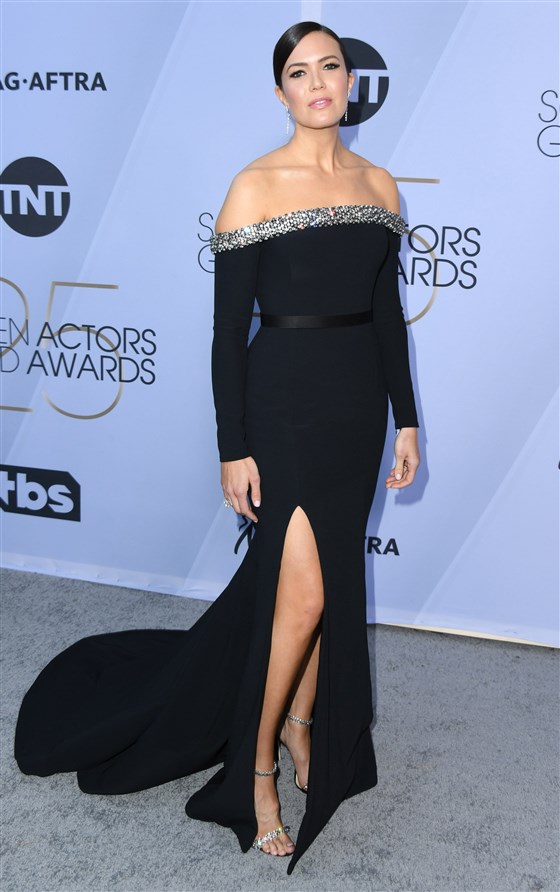 Aja Naomi King: It has always been said that the colour Yellow was made for Black girls. Aja Naomi confirmed this statement by rocking this amazing yellow gown. This beautiful outfit brought a pop of colour to the carpet and made her stand out. 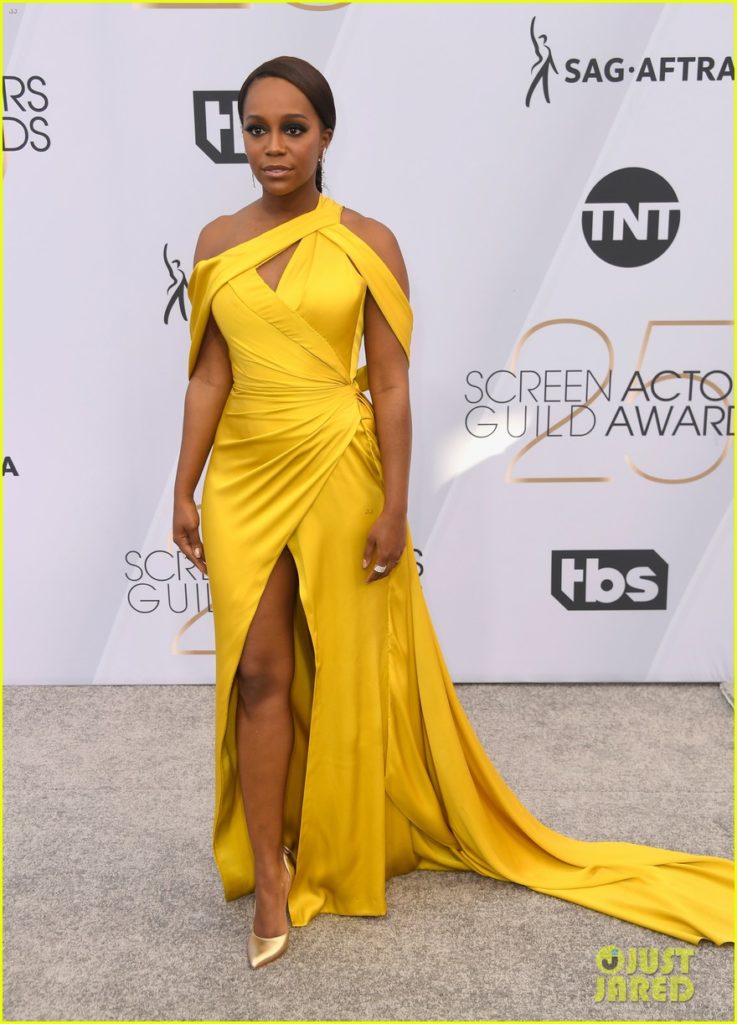 Chadwick Boseman – Chadwick is certainly someone to look up to when it comes to men fashion. He took home awards for his role in Black Panther (Well deserved).  He is known for his daring colours which always turn out great. He went a little simple but a whole lot more classy for SAG awards – 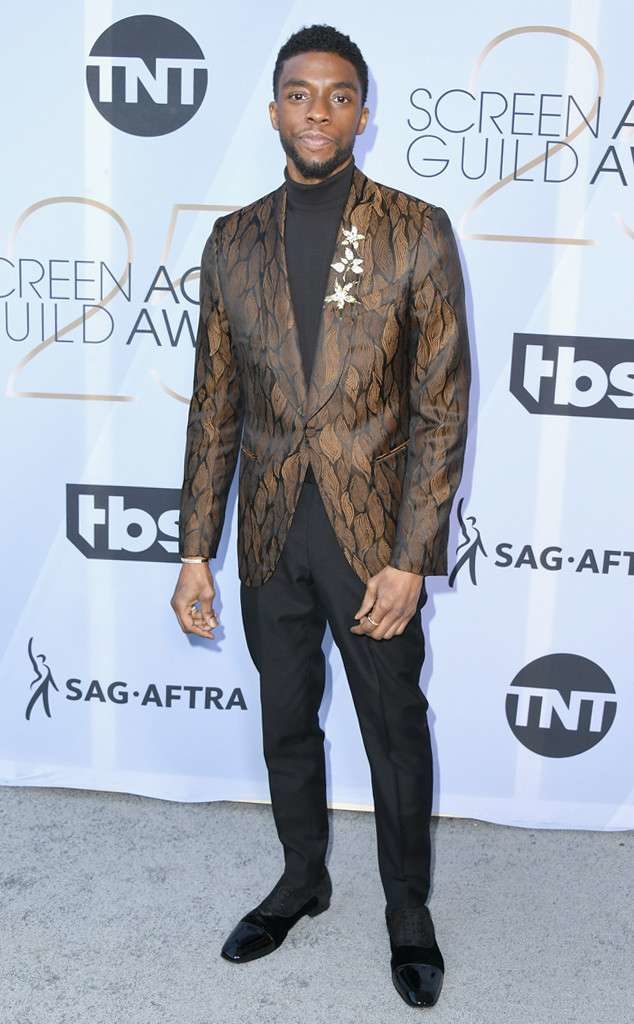 Timothée Chalamet – He was nominated for Male Actor in a supporting role for Beautiful Boy. He took a spin on things and decided to ditch tradition by stepping out in leather trousers designed Hedi Slimane for Celine. 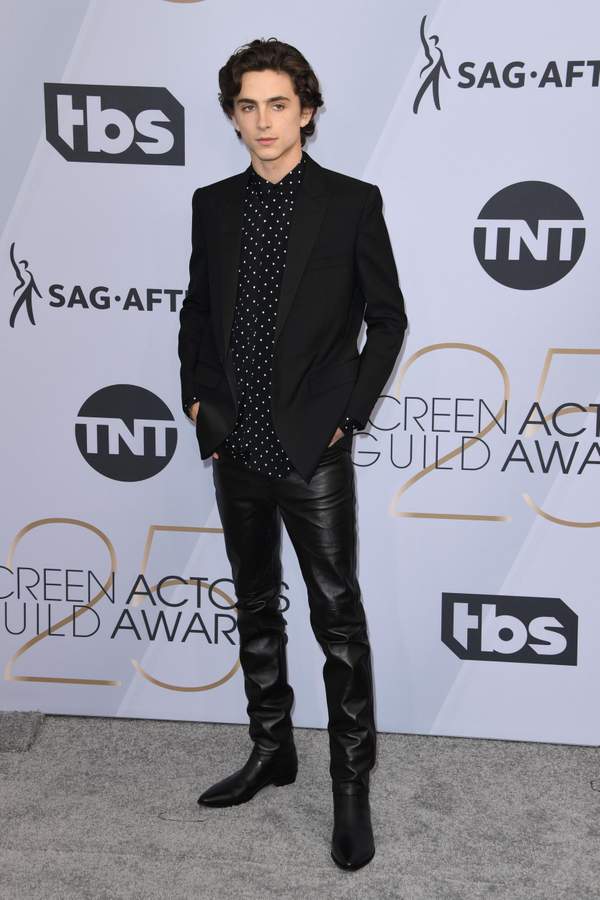 CATHERINE ZETA-JONES – Her hubby, Michael Douglas, might’ve been nominated for a SAG award last night, but all eyes were definitely on Zeta-Jones in this navy, V-neck gown. 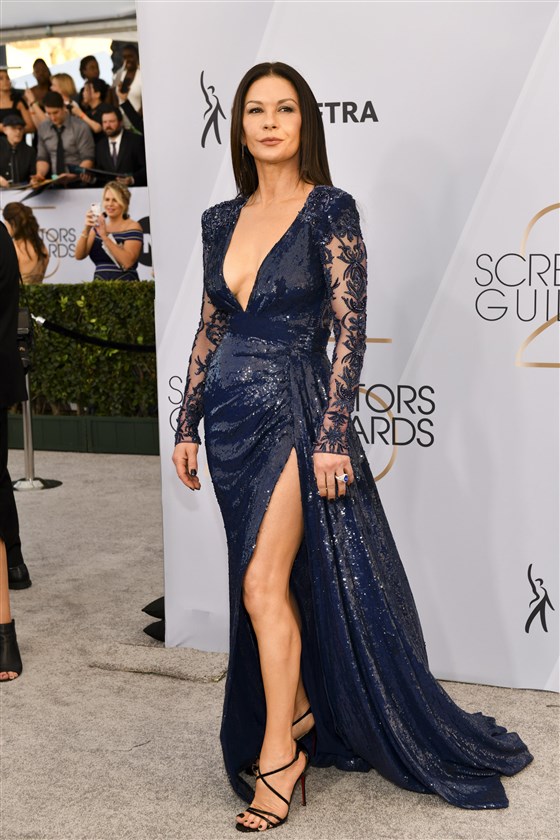 GEMMA CHAN – The “Crazy Rich Asians” actress looked like a beautiful garden of roses, expensive roses!! She definitely made a pretty statement in this pale pink, one-shouldered gown. 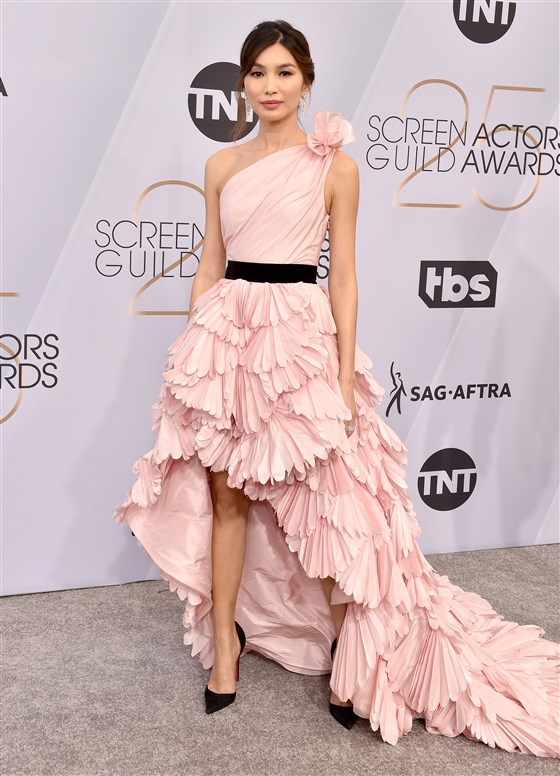 Samira Wiley decided she’d show off her legs with a thigh-high slit but give it an elegant touch. Classy never trashy! 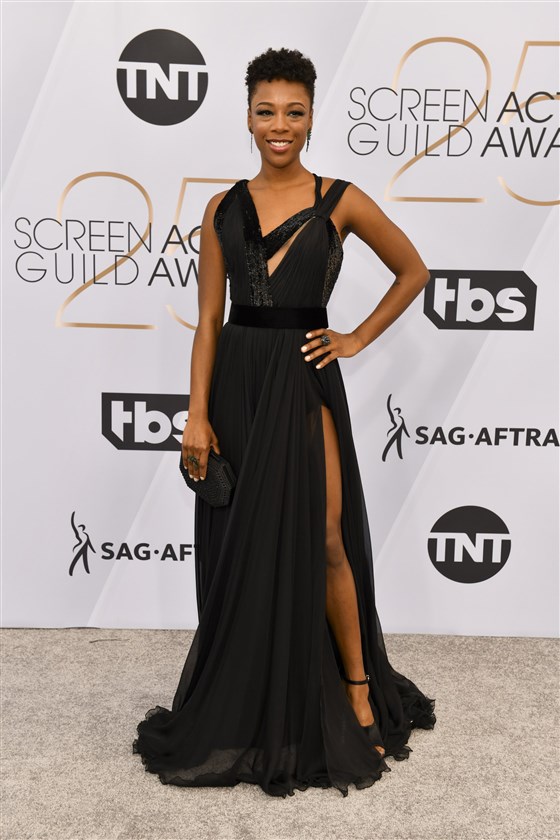 LAURA HARRIER – And the word is beautiful! The nominee was looking so pretty in her pink outfit. 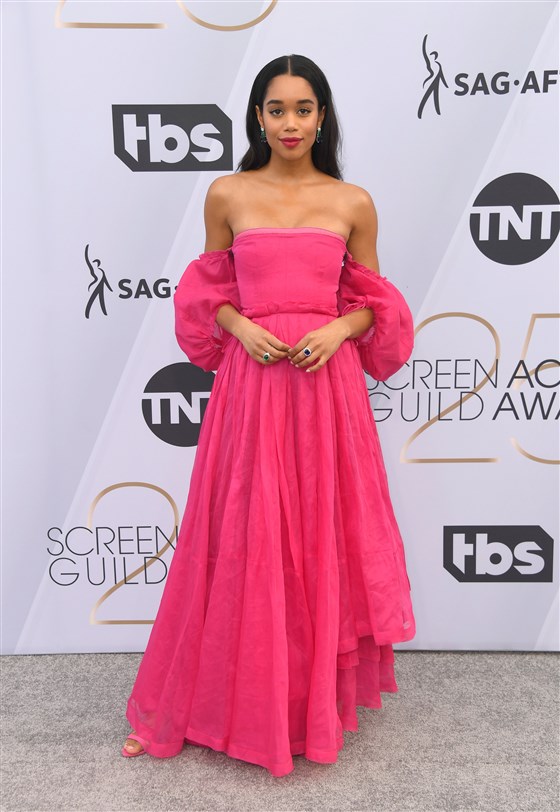