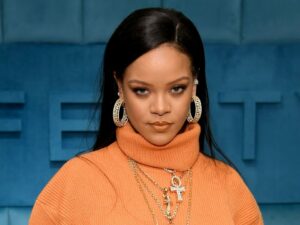 According to the magazine, Rihanna attained the feat due to a cosmetic company, Fenty Beauty, which she launched in 2017.

Rihanna is now the wealthiest female musician in the world, with a worth of $1.7 billion. She comes second to Oprah Winfrey who is the richest female entertainer in the world

The singer, owns 50 per cent of Fenty Beauty which produced an estimated $1.4 billion of her wealth,
while she also has a stake in her lingerie company, Savage X Fenty.

Her music makes up the rest of her wealth.