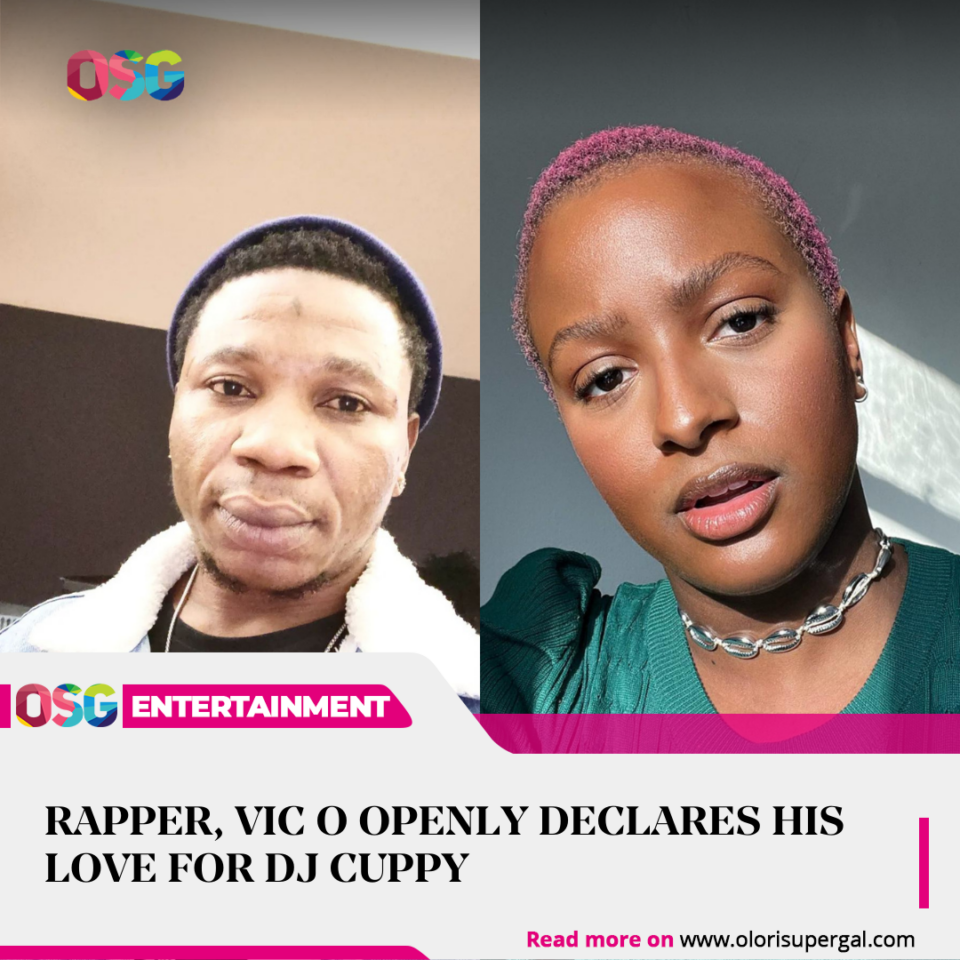 DJ Cuppy had earlier lamented about being single following the news of Barbadian singer, Rihanna’s pregnancy.

“Rihanna is pregnant and I’m still single,” the disk jockey and entrepreneur said on Tuesday on her Instagram page.

Reacting to Cuppy’s post, Vic O, openly wooed the entrepreneur, stating that he had loved her for a long time.

He shared a video to reveal his intentions as he declared himself available to Cuppy.

Vic O captioned the video, “Short note to you my queen-to-be. @cuppymusic I’m very much available for you babe. You’re gonna love my style.

“I’m a cool dude, you know. You know I’ve been in love with you for a long time. And if we’ve met before now, I would have proposed to you without wasting time.

“You’re all that I want in a woman. And with you, I’ll give away my cars, money, and house just to spend the rest of my life with you because love is what matters. Believe this. I love you.”

Reacting to the video, DJ cuppy shared a part of it on her story with the caption, ” Best TikTok of the day.”