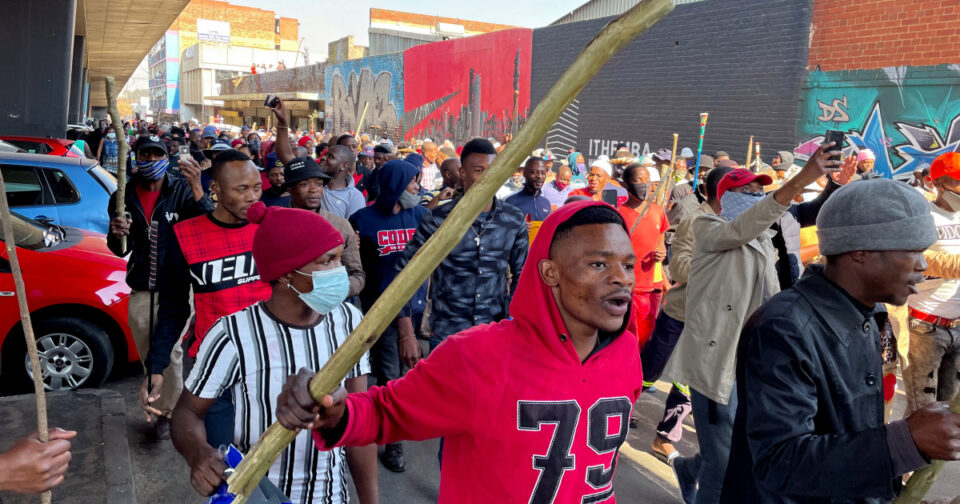 The unrest in South Africa, has continued into its fourth day, as protesters are demanding for the release of former president Jacob Zuma.

Buildings were set on fire, businesses were looted and roads were blocked as citizens took to the streets with sticks, to express their anger.

Recall that the Constitutional Court in the country, sentenced Zuma to 15 months in jail, for refusing to appear before a corruption probe.

However, the court is holding a review of its decision, with a ruling expected later on whether the sentence will be upheld.

The 79-year-old former anti-apartheid fighter, handed himself to police on Wednesday, 7th July, to begin his jail sentence.

KwaZulu-Natal, Zuma’s native province, where he is seen to embody traditional values, was hit hard by protests over the weekend. On Monday, flames could be seen coming from the roof of a shopping centre in provincial capital Pietermaritzburg as hordes of people rushed in to loot.

In Eshowe, a town near Zuma’s Nkandla home, police opened fire to disperse crowds after a supermarket was ransacked.

Police said some sections of a major road in Johannesburg had been closed because of the protests.

Buhari Grieves Over The Death Of Sound ...