Robert Mugabe has further reportedly gone on hunger strike to protest his confinement and conditions under house arrest. Reports say the 93-year-old has not accepted food since Saturday as he continues to be held under house arrest by the military. 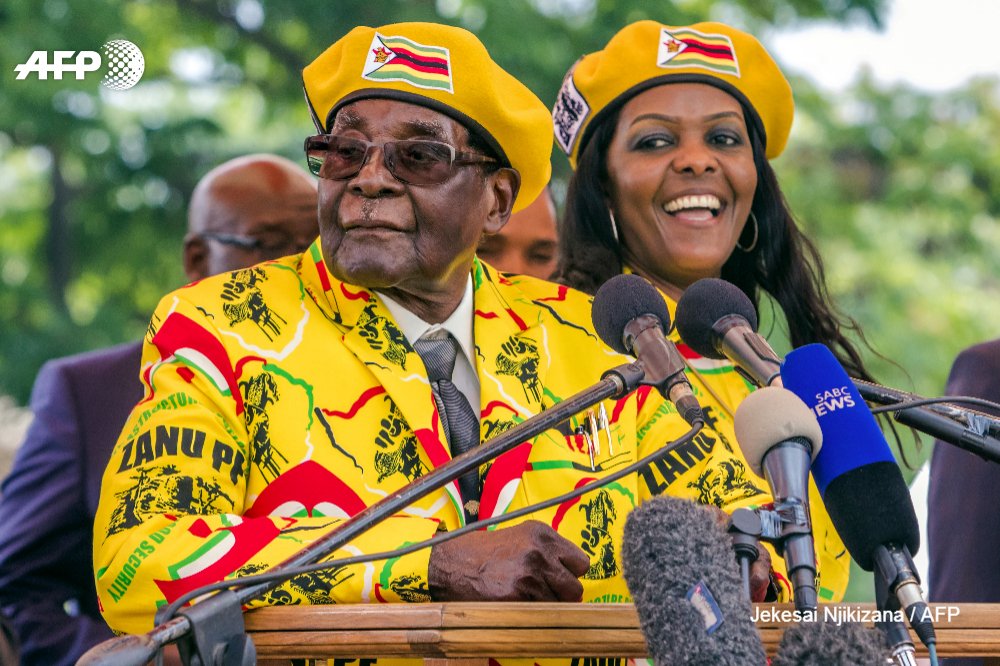 He addressed the nation on 19 November 2017 following the military take over telling the nation that if there’s one observation, it is the unshakable pedestal that his state of peace rests upon.

At a ruling ZANU-PF party meeting earlier, delegates cheered wildly as a party official announced that Mugabe had been ousted as party chief.
He was replaced by former vice president Emmerson Mnangagwa, who had been Grace Mugabe’s chief rival.
But twitter was abuzz on Sunday night after the hype surrounding the supposed resignation and suggestions , many people who had earlier rejoiced were left, speechless after Mugabe’s speech.

President Robert Mugabe said in his speech that he welcomes new role players in a new decisive road map that aims to solve any contradictions from within Zanu-PF. He added that given the failings of the past and the anger it might have triggered, this recent happenings is understandable.

He spoke further that it was important that people learn to forgive and the nation needs to get re-focused and move forward.

However, Zimbabwean officials are still insistent that Mugabe leaves.