The government of President Emmanuel Macron on Tuesday survived confidence votes called by both the left and right over the scandal surrounding a top security aide, Alexandre Benalla who was caught on camera beating demonstrators at a protest held May 1 in Paris.

Opposition lawmakers denounce a “constitutional crisis” following revelations that Macron’s office knew Benalla had roughed up two protesters while posing as a police officer. Benalla was given a two-week suspension after Macron learned of the video showing the incident, but did not report it to prosecutors.

This led to several demands that the government “explain itself” over the worst scandal since Macron took office in May last year.

“Since the acts under scrutiny appear to have been covered up by free passes at the highest levels of the state, there is indeed a ‘Benalla affair’,” Socialist MP Valerie Rabault told Prime Minister Edouard Philippe and other cabinet ministers ahead of the votes.

But only 143 MPs voted in favour of the confidence vote brought by rightwing parties, far short of the absolute majority of 289 votes needed to topple the government. The confidence vote called by leftwing groups also failed, garnering just 74 votes. 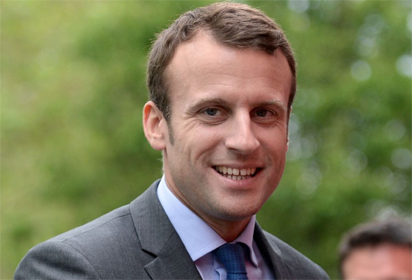 President Macron dismissed the scandal referring to it as a “storm in a teacup” but his opponents have continued to heap criticism on his handling of it, calling on him to address the nation. This has taken a downward toll on the president’s poll ratings, which are at their lowest since the former investment banker won the presidency last year on pledges to restore integrity and transparency to government.

Benalla, Macron’s 26-year-old former chief bodyguard, was charged with assault and impersonating an officer after the video showing him hitting a protester and wrestling another while wearing a police helmet was published by French daily Le Monde this month.

Benalla has insisted that he was trying to help the police by bringing aggressive demonstrators under control, and that he himself did not use violence. According to him, he wore a helmet that was given to him for his own protection while attending the protest as an observer.

Confidence votes are fairly common in France: there have been more than 100 since the current constitution was adopted in 1958. Only once has such a move actually brought down a French government, that of Georges Pompidou in 1962.