President Buhari meets with all State Governors in Abuja

President Muhammadu Buhari met with all 36 state governors at the Council Chambers of the State House, Abuja on Friday, as part of his move to unite the country.

The meeting was confirmed via an official tweet from the presidency. 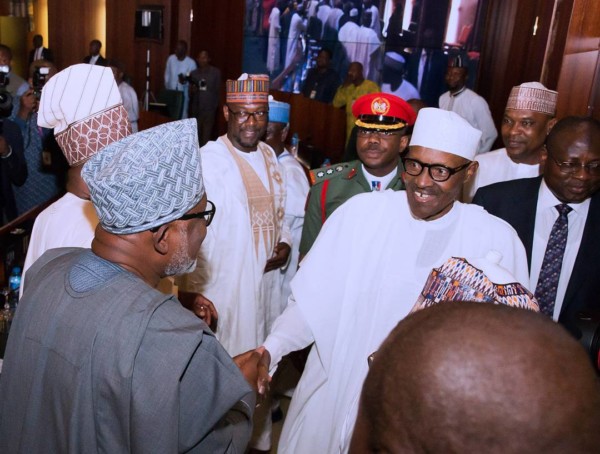 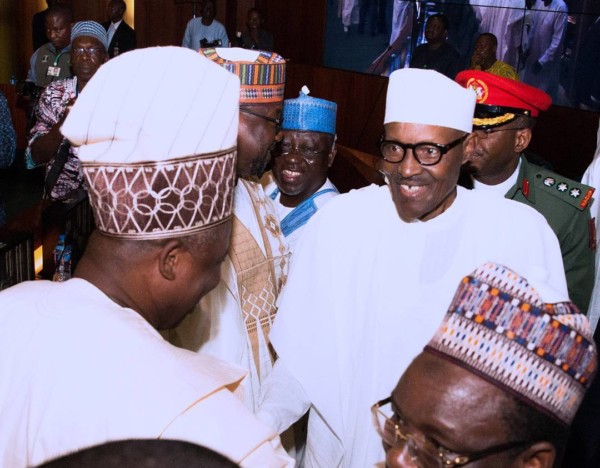 Governor AbdulAziz Yari who is the chairman of the governors’ forum led the governors to the meeting with the president.

In one of the tweets posted, Buhari was seen joking with Governor Ifeanyi Okowo of Delta State saying he was a favourite with the press.

VIDEO: President @MBuhari‘s Meeting with State Governors this afternoon, at the Council Chambers of the State House. pic.twitter.com/Znrfg5fZTm