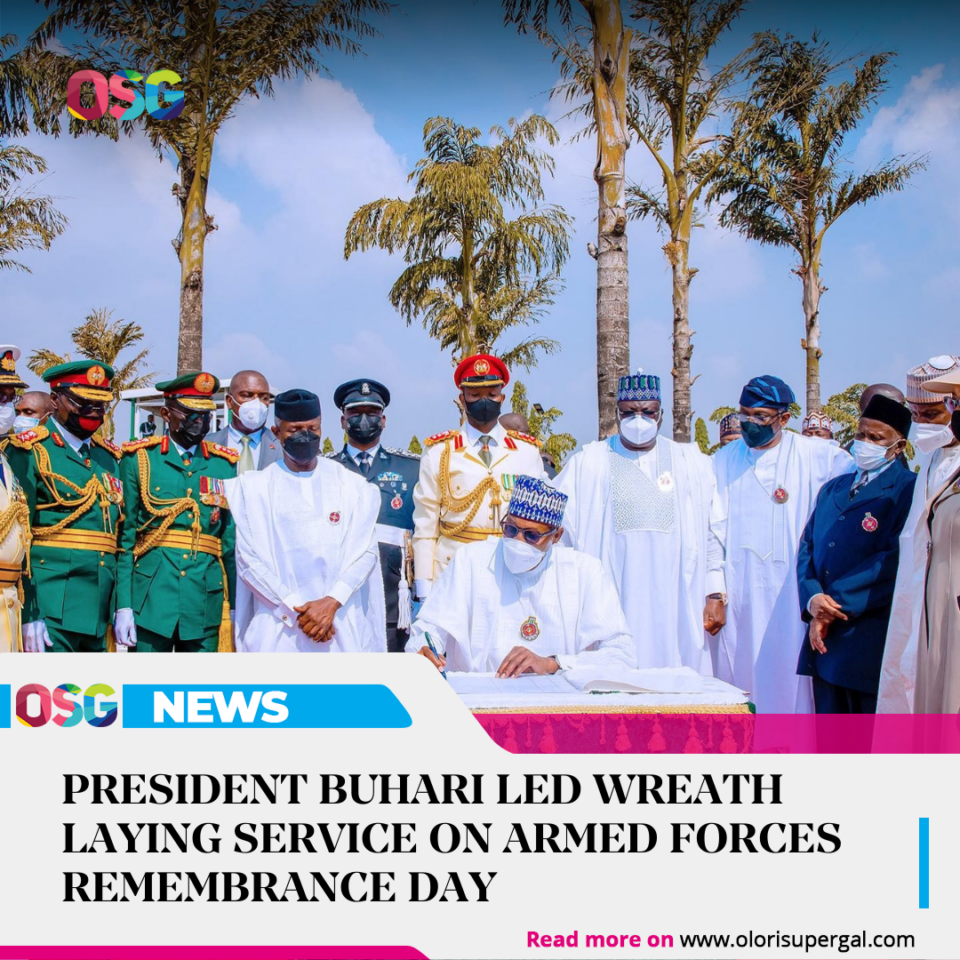 The ceremony is the finale of activities which began on 28th October 2021, when Buhari launched the remembrance emblem at the presidential villa, Abuja.

During Saturday’s ceremony which took place at the National Arcade opposite the Eagle Square in the Three Arms Zone, the President inspected a Guard of Honour mounted by detachments of the Nigerian Army, the Navy, the Air Force, and the Nigerian Legion.

Prayers were said by Christian and Muslim clerics for the peaceful repose of the souls of the dead and the health of the nation.

Buhari laid a wreathe on the Tomb of the Unknown Soldier as a mark of last respect to the fallen heroes who paid the supreme price to preserve the nation’s territorial integrity and peace globally.

Others are the Chief of Defense Staff, Gen. Lucky Irabor, service chiefs, the Nigerian Legion, among others.

Three volleys of 21 gun salute were fired at the event followed by the signing of the Remembrance Day anniversary register by the president accompanied by heads of the other branches of government, military chiefs, and other top officials of government.

The President, thereafter, released white pigeons to indicate the harmony of the nation.