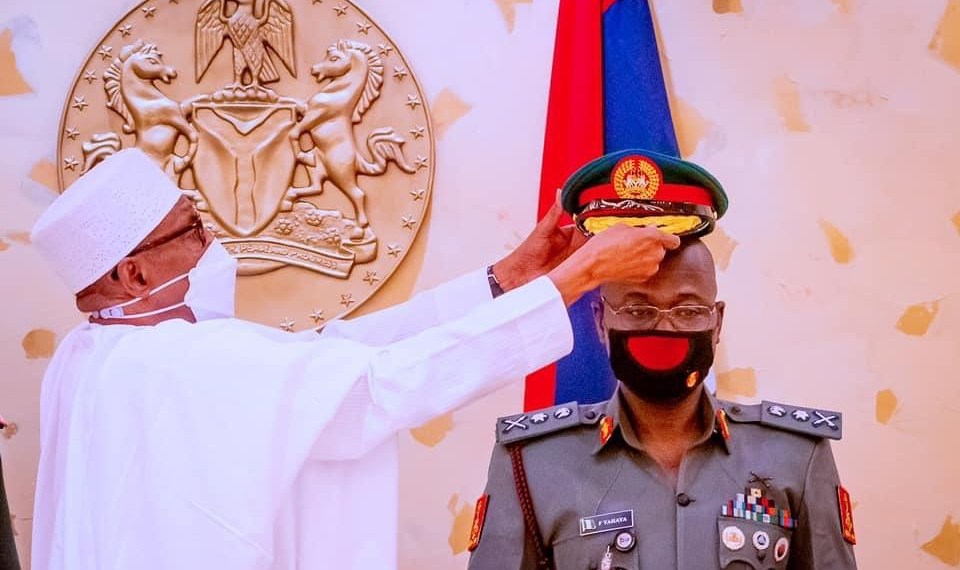 The ceremony which took place at the State House in Abuja, before the start of the weekly virtual Federal Executive Council (FEC), was witnessed by Vice-President Yemi Osinbajo and key government officials.

Major General Faruk Yahaya, was appointed on 27th of May, 2021, to replace Ibrahim Attahiru who died in a plane crash in Kaduna.

The National Assembly confirmed Yahaya’s appointment on the 22nd of June, 2021. 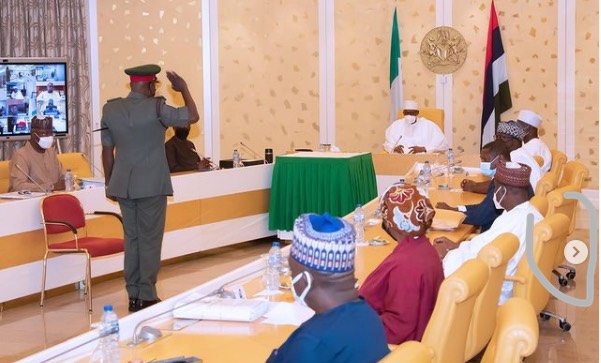 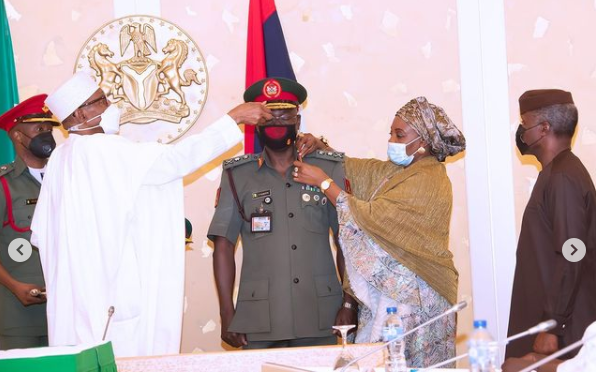 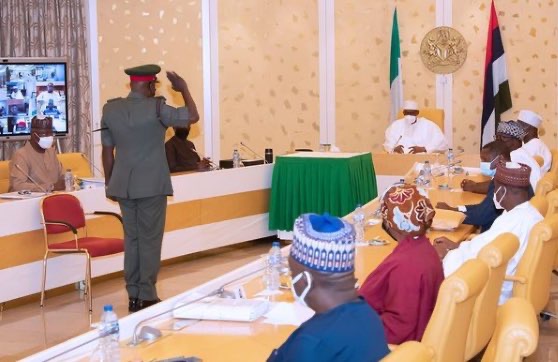 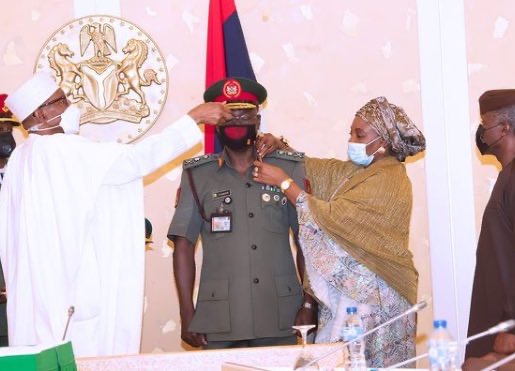