POPULAR COMEDIAN, WOLI AROLE SHARES HOW HE WAS ALMOST KILLED

Arole, popular Nigerian comedian has shared to his fans a story of how he nearly died in an incident that occurred some two years ago.

He told the story with an air of gratitude for the gift of life. 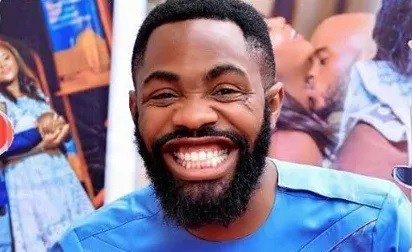 According to Arole, the incident happened when he went for an event with Nigerian singer, Reekado Banks at a university.

He revealed that some hoodlums attacked them and threw stones at them. He later woke up in hospital with a swollen face.

He revealed that his face was seriously injured and his bone was broken.

Below is how he told the story:

“Today makes it exactly 2 years that I would have been BURIED. But the Lord kept me and saved me by his grace.

“People have asked me all over the world the cause of the SCAR on my face. I went for an event with @reekadobanks at a university and hoodlums attacked us that we should give money.

“Before we could talk, they threw an heavy stone at our coaster bus and the whole glass broke on me. I woke up in the hospital, my face was seriously injured, I had a broken bone and I couldn’t bath or raise my hand for one month.

“God kept me, his grace was there for me. I want to appreciate God for his unending mercies. Help me thank God for keeping me alive. Big thanks to @mirah_balogun @asiricomedy @doctorfrick @official_itouche for being there for me during this period. Big thanks to all my fans and friends around the world. All glory to God for his grace.”