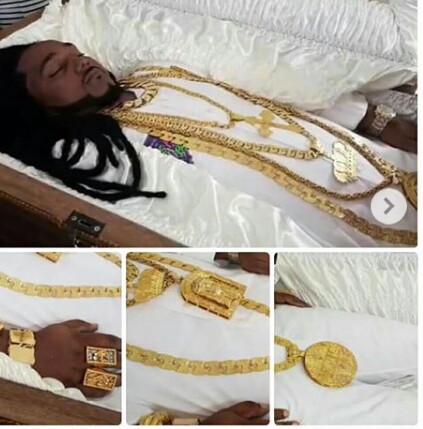 His burial in Trinidad and Tobago cost over 700 million. Sheron Sukhdeo amassed billions in wealth and lived a luxurious lifestyle for the most adult life of his 33 years on earth. However all that money and material wealth followed him to his grave when he was buried in what has been described as the most expensive funeral ceremony ever organised.

Sukhdeo was buried in a gold casket said to have cost 17.5 million and decorated with gold jewelry worth over N700 million. To top it up, the billionaire was sent to the afterlife with his customised Timberland boots. Just before he was reduced to ashes according to his wife’s Hindu tradition, he was bathed in expensive champagne shower and escorted with exotic cars stunt show.