According to Punch, a Chief Magistrate, Ngozi Onyenemezu was beaten up by policeman, after discharging robbery suspects. 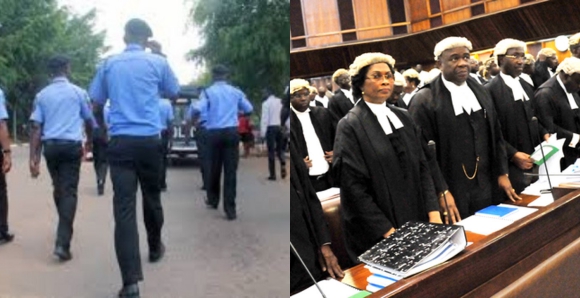 Lawyers representing the suspects Emma Eke and Chukwuemeka Anyanwu were also allegedly beaten up by the police before they were arrested and ferried to the State Criminal Investigation and Intelligence Department, Owerri.

“In his ruling, the court upheld the arguments of the counsel and struck out the charge. Immediately the ruling was delivered and while the court was still sitting, the police went berserk.

“They shouted and rained vituperations on the magistrate and made to rearrest the accused persons. When the court wanted to call them to order, the policemen made for the magistrate like rabid dogs and the magistrate quickly took refuge in his chambers.

“Some other lawyers and litigants scampered to safety when the police started shooting into the air. Anyanwu in the process escaped the beating by the police and scurried into the Magistrate’s chambers.

“The policemen, led by the DPO of that division, banged on the door of the magistrate’s chambers, accusing him of taking a bribe and threatening to break down the door if he didn’t open it.

“The DPO got hold of the accused persons and in the process of rearresting them, one escaped. He accused Eke of complicity in the escape of the other accused person.

“It took the quick intervention of the Area Commander who arrived at the scene to rescue the magistrate.”

The State Police Command has however denied the allegations. The spokesperson Andrew Enwerem said it was the lawyers who attacked policemen, and the policemen did not beat the Chief Magistrate or attack the court.

154 Nigerians stranded in Russia return to ...