A ritualist den has been uncovered in Osun state. Residents of Ilobu town in Osun State, were shocked as men from the Osun State Police Command stormed the town and uncovered a ritualist den with some shallow graves. 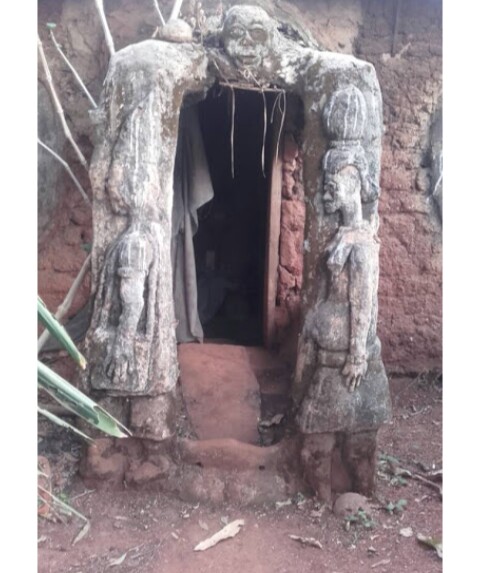 The ritualist den which is located inside a big house at Molete area of the town was on Friday discovered by a team of policemen led by the Commissioner in the state, Mr. Fimihan Adeoye.

According to the commissioner of police , they had been tipped and they swooped on the den where two persons believed to be siblings were arrested.

The leader of the syndicate is at large but the police are on his trail and would not give up until he is arrested including everybody, who has connection with the den.

The CP appealed to the people of the state to always assist the police by giving them useful information which could help them to perform their duties better.

Some residents of the town lauded the police for coming to their rescue by arresting some of the operators of the shrine, saying they knew that the suspected criminals carried out nefarious activities in the building but they were too afraid to confront them.

A team of policemen and operatives of the Nigeria Security and Civil Defence Corps had in January 12 uncovered a den around Ilesa and arrested three men at the place.