Photos From Breakfast With Singer/Songwriter Tonyé

It was a memorable day on Tuesday 17th February 2015, when Singer/Songwriter Tonyé hosted members of the press to an exclusive press breakfast at the Clear Essence in Ikoyi, Lagos.

The aim of the event was to officially introduce Tonyé to key stakeholders in the media as well as exclusively release her latest Single titled “Ari Belema” to the selected few. 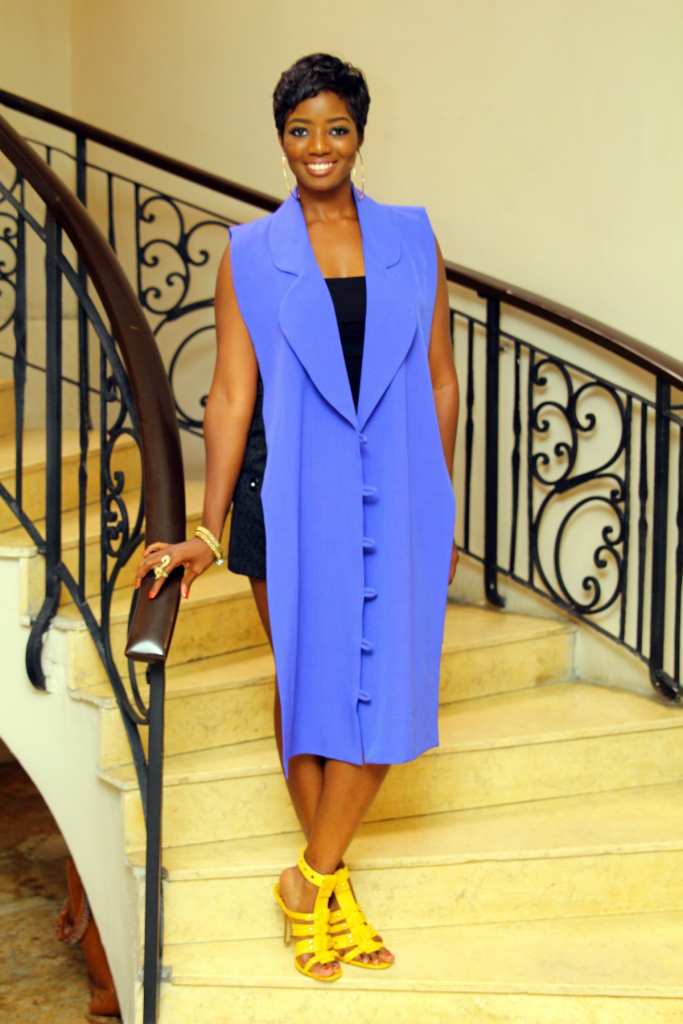 Ari Belema means “I Love You” in Kalabari language, which is in Rivers State– South-South Nigeria.

This melodic and dance tune was written by Tonye and Ada Edolo, while the guitar instrumentals were provided by Phillip Uzo.

Ari Belema was produced by Orbeat.

For the event, the fashionable and sexy singer opted for a pair of tailored black shorts which she paired with a matching camisole and adds an edge to her look with a purple button down cape from Nigerian Fashion brandGozele Green. Tonye adds contrast to her look with a pair of strappy yellow heels and finishes the look with large hoop earrings, her signature edgy short hairstyle and glam makeup topped with nude lipstick.

The event kicked off with Ono Bello (PR/Publicist to Tonye) welcoming everyone, which then moved on to breakfast that included a varied assortment of culinary delights to tickle the taste buds.

Highlights of the morning was an acapella rendition of “Ari Belema” by Tonye, singing games, a Q&A, mingling, as well as photo sessions.