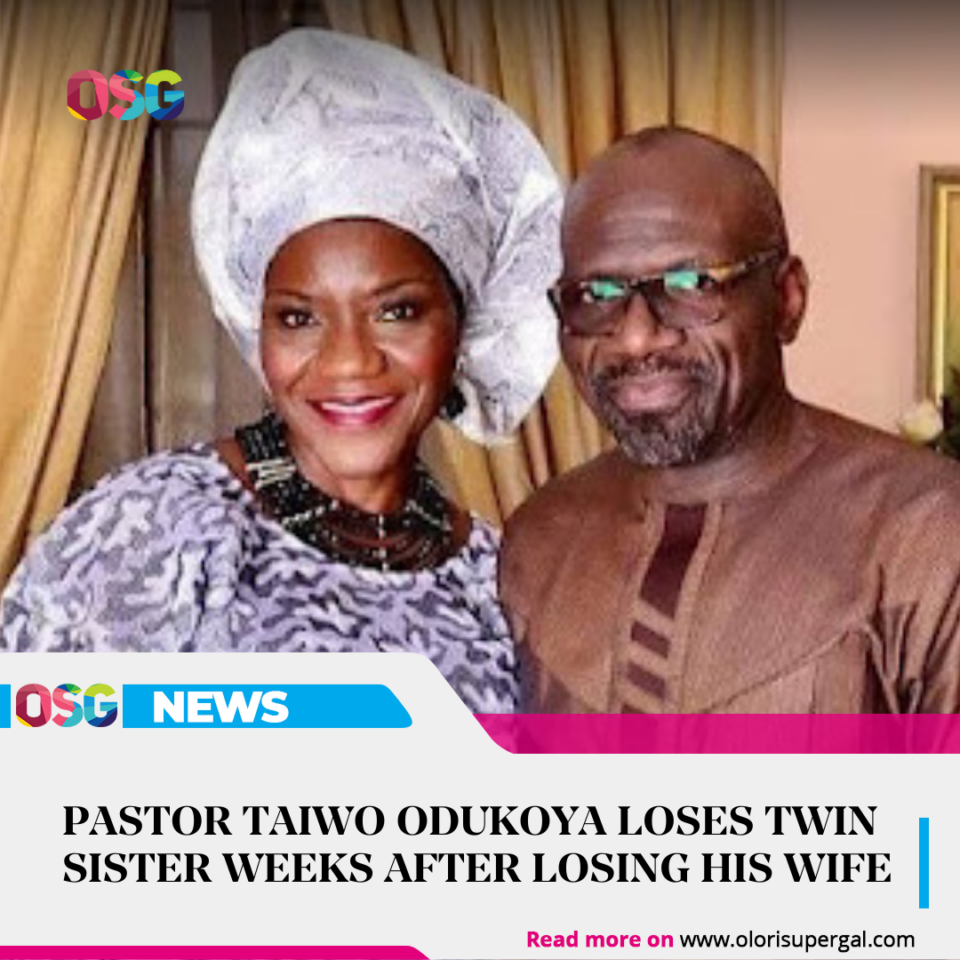 Senior Pastor of the Fountain of Life Church Lagos, Pastor Taiwo Odukoya, has lost his twin sister, Kehinde, weeks after he lost his second wife.

According to reports, Kehinde passed away on Thursday, 30th December 2021. Her death comes weeks after the clergyman lost his second wife, Pastor Nomthi Rosemary to cancer on 9th November 2021.

Pastor Taiwo’s daughter, Tolu Ijogun, took to her Instagram page to mourn the death of her aunty.

“My Dearest Aunty K, my birthing partner and one of my closest aunties, You were always there for me when I needed my mother the most.

“You held my hand and encouraged me, to say I will miss you is such an understatement. Rest on Aunty, love you.”

Following the death of his second wife, Pastor Taiwo wowed many of his members with the strength he displayed. His first son, Jimmy took to social media to hail his father. Extraction from his post reads,

“Ah Pastor Taiwo Odukoya!! NA MAN YOU BE !!! What an honour to come from your loins and carry your last name!

“What a privilege to be your son! What an advantage to have your DNA !! To a General in God’s Army; Your battle scars sing of your victories! I salute you Sir! No son could have a better Father”.

“We Were All Africans Before We Got ...