OSUSTECH Shut Down Indefinitely Over Hike In Tuition

The Ondo State University of Science and Technology(OSUSTECH) Okitikupa, has been shut down over a protest on tuition increment. 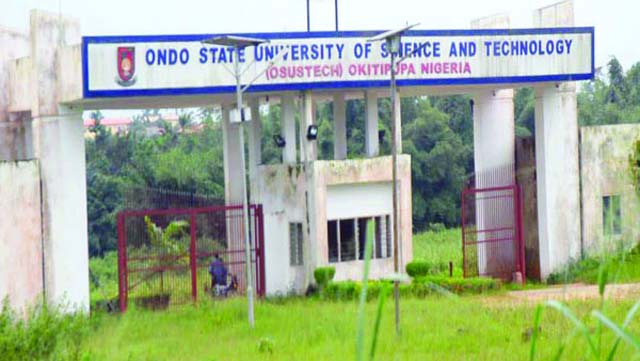 It was reported the students were asked to vacate the school premises on April 30 and resume May 30. Following this new resumption the Mr Felix Akinusi, the institution’s Registrar told the News Agency of Nigeria that the Senate has decided to shut down the school indefinitely irrespectively of the new date of resumption. This is coming after the students staged the protest when the management has already consented to the reduction of the tuition fees. Speaking on the issue, the registrar said: “The Senate of the institution has resolved to shut the institution indefinitely as the students have vowed to continue their protest. “The Senate reached this decision to guard against the breakdown of law and order by students as meeting with stakeholders over the matter is ongoing. “The students agreed to pay the tuition when they resumed newly but they later abandoned the agreement for protest. “The new date of resumption will be communicated to them after we have resolved the matter,”

#MotivateMe: How To Deal With The Monday ...

FG Reveals Programme Line Up For May ...