Our man crush this Wednesday is Akinwumi Adesina, the President of the African Development Bank.
He previously served as Nigeria’s Minister of Agriculture and Rural Development.

Until his appointment as Minister in 2010, he was Vice President of Policy and Partnerships for the Alliance for a Green Revolution in Africa.

In 2015, he was elected as the President of the African Development Bank and he is the first Nigerian to hold the post.

Apart from being the 8th elected President of the African Development Bank Group, he is also the first Nigerian to hold that post. He was elected to the position on May 28, 2015 by the Bank’s Board of Governors at its Annual Meetings in Abidjan, Côte d’Ivoire.

Adesina has received a number of global awards for his leadership and work in agriculture.

In 2010, United Nations Secretary General Ban Ki-moon appointed him as one of 17 global leaders to spearhead the Millennium Development Goals, along with Bill Gates, the Spanish Prime Minister and the President of Rwanda. He was named Person of the Year by Forbes Africa magazine in 2013. 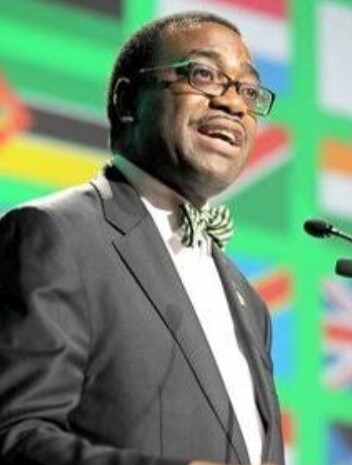 We celebrate Adesina Akinwunmi, a great achiever as our Man crush Monday.