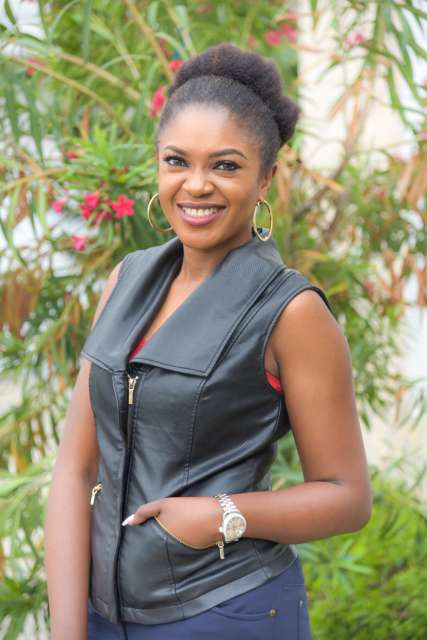 According to Oboli:
“Doctors proposition nurses, nurses proposition doctors. It happens in banking [industry], it happens everywhere,” she told Pulse.

“Where there are men and women, someone will proposition the other. Somebody will think, “I’m in the position of power [so] I can ask for favours and the other person has no choice but to accept it because I have power over them.”

In 1996, Oboli, who is now one of the most successful film-makers in Nigeria, took a break from acting.

She took a break to complete her education and then, take care of her family.

When she returned to the industry in 2009, it was difficult for her to find her way back in. She couldn’t land any role.

“Everyone had their place and nobody really wanted to give a new person a chance. It was such a struggle trying to get a place,” she told Pulse.

That was when she got a call from a director who was shooting a movie in Asaba, and wanted her to come over. She was really surprised and excited.

“So I went to Asaba and he said I should come to his hotel. To be honest, I didn’t really think much of it because a lot of movies are shot in hotels.

People don’t have offices so they use hotels. So I went to the hotel, It was a big room and had a lounge area.”

According to the actress, she couldn’t remember seeing a bed. “I think maybe the living area was separate,” she recalled.

As they sat down to talk about the script, the director unexpectedly asked her to kiss him. She was shocked and confused.

“I asked why. I think he saw my reaction because I was quite shocked .Then HD said, “oh no, it’s part of the audition.”

After asking if he was her love interest in the movie. He said no, but added that sharing a kiss with her is part of the audition. Omoni Oboli then responds:

“No, I can’t kiss you. Aside from the fact that I am married, I really don’t think it’s a good audition process. If you want me to read, I would read, and you can see if I am good enough for this character you have called me for, but I am not going to kiss you,” Oboli told the director.

The disappointed director said it was okay if she didn’t want to kiss him, and asked her to come on set the next day for the role.

The next day, Oboli was on set where she spent the whole day waiting for a role. Unfortunately, she neither got a role nor an opportunity to showcase her talent.

After being on the set for two days without any positive result, Oboli decided to return to Lagos. In her words:

“I borrowed myself brain, entered a bus and went back to Lagos. Till today, I haven’t acted any film by that director.”