Nollywood actress and producer Omoni Oboli took to her Instagram page to share a beautiful family photo with her husband and sons.

The actress who is facing hard time at the moment, as her movie “Okafor’s Law” which was supposed to premiere on March 31st received a court injunction preventing Omoni from premiering and releasing the movie until the case which names Omoni Oboli along with Dioni Visions and Filmone Distribution as the 1st, 2nd and 3rd Defendants respectively is settled.

However, the actress and producer is looking on a brighter side as she shared a beautiful family photo. She wrote; ‘I have EVERYTHING Thank You Lord for the best gift you ever gave me. I bow in awe of you #FamilyFirst #FamilyOverEverything #LoveCoversAMultitudeOfSins #LoveDontHate #StrongerTogether’ 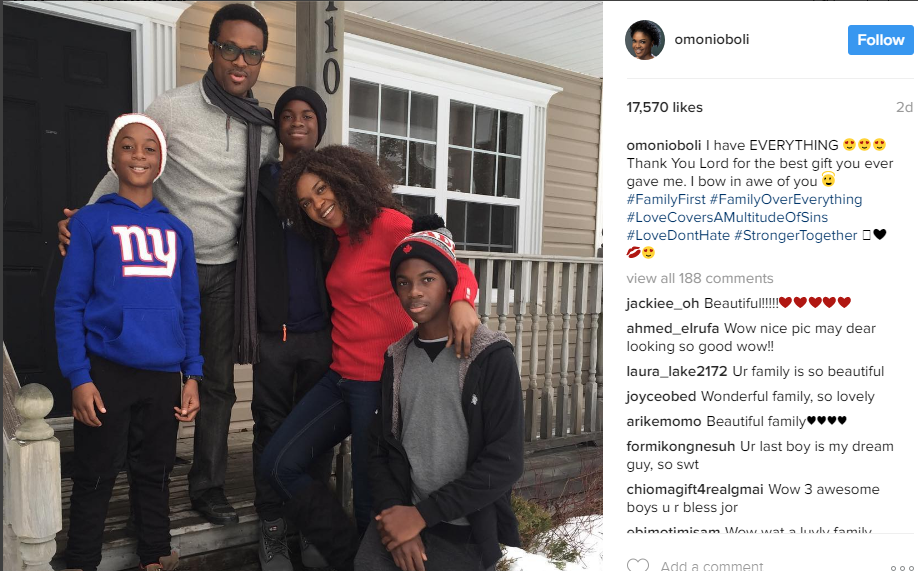