A former Minister of Finance, Dr. Ngozi Okonjo-Iweala, has made some revelations in her new book titled, “Fighting Corruption is Dangerous – The Story Behind the Headlines”

In the book, she recounted that former President, Goodluck Jonathan indeed showed concern and made spirited effort to rescue the schoolgirls abducted in Chibok in 2014. 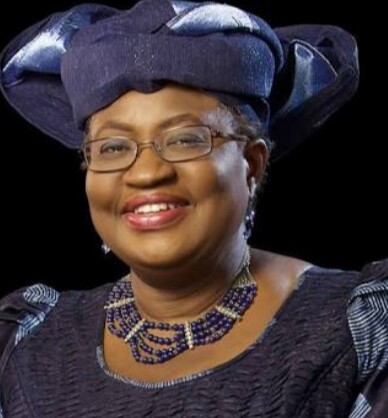 In parts published by Thisday, Okonjo-Iweala said Jonathan called her on the phone while she was in Mexico City on April 15, 2014, a day after the schoolgirls’ abduction, confirming to her that Boko Haram had indeed kidnapped a large number of girls.

In her words : “When the President came to the phone, he sounded tired. It was easy to sense the fatigue in his voice. I told him what I had heard in Mexico and the reaction of the participants.

“The President confirmed that the kidnapping had happened, that they were still trying to determine with the state authorities exactly what happened, and that the total number of girls taken was still not known.”

The former World Bank managing director also revealed a graphic encounter between her and an aggressive South-West governor (still serving) who pounced on her at a National Executive Council meeting.

She related in the book that it took the intervention of the then Vice President, Namadi Sambo, who rescued her from the hands of the south-western governor (who was in the major opposition party at that time; now the ruling party), who pounced on her and was verbally aggressive at the NEC meeting.

The finance expert also narrated the challenges and frustration she experienced over the resistance by some governors and other powerful elements to saving for the rainy day even as her efforts were fully supported by both ex-Presidents Olusegun Obasanjo and Jonathan.

She stated that it was only by sheer force of the will that Obasanjo was able to protect the savings in the Excess Crude Account from the governors.

Okonjo-Iweala noted in the book, that she was reluctant to attend the NEC meetings because of the animosity towards her by some governors who saw her as the obstacle to sharing funds in the ECA .