The former president of the Federal Republic of Nigeria, Olusegun Obasanjo has narrowly escaped the cold hands of death along with over 300 passengers who were aboard the flight from Addis Ababa.

The Ethiopian airline plane- ET 901 departed the Bole International airport, Addis Ababa, at about 9.10 am, Ethiopian time, few hours to the inauguration ceremony in Nigeria. A NAN correspondent who narrated the news recalled that the flight was smooth until the pilot attempted to land at the Murtala Mohammed Airport, Lagos. 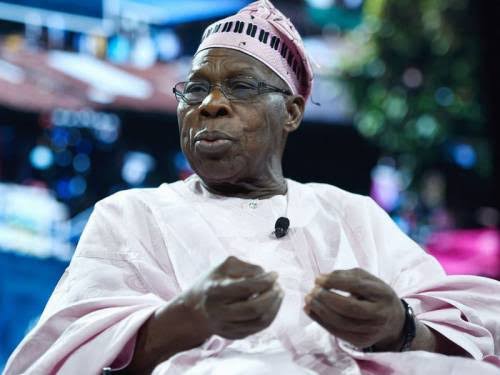 While negotiating a smooth landing, the wind and rainy conditions forced the pilot to take off once more, making the plane hover around places reported to be part of Ogun state, before finally descending, 20 minutes later when it became safe to land.

Speaking on the incident, the duty manager and Chief Customer Service (Nigeria) of the airline, Mr. Otori Jimoh Otan, said;

“Fortunately, the distance between when he realized the situation still permitted him to take off and renegotiate landing,”

“These things happen. That is where the sophistication of the aircraft and experience of the cabin crew members come in.

I Should Have Protected Myself- Ellen Degenres ...