Big Brother Naija housemate Bisola is receiving some heated backlash from Nigerians who are disappointed she chose to attack her fellow woman TBoss molested on the reality show by fellow housemate Kemen.

After Kemen was disqualified from the show for sexually harassing housemate TBoss, while discussing the incident with ThinTallTony and the other housemates, Bisola called TBoss an evil white b*tch who carries face like a horse along with other condemning statements.

Bisola even went ahead to do a long, loud hiss when Big Brother invited TBoss to the diary room.

Nigerians who believe Bisola should have approached TBoss, as a woman and a mother that she is,
and find out what really happened before crucifying TBoss have lashed out in anger against Bisola.

Meanwhile, Big Brother eventually had to call Bisola out and explained to her how Kemen violated TBoss while she was sleeping and TBoss wasn’t aware. An embarrassed Bisola was given the job of breaking the news to fellow housemates.

When Bisola realized she was so wrong, she apologised to TBoss but the damage has already been done. Fans who used to love Bisola now see her as a disgrace. 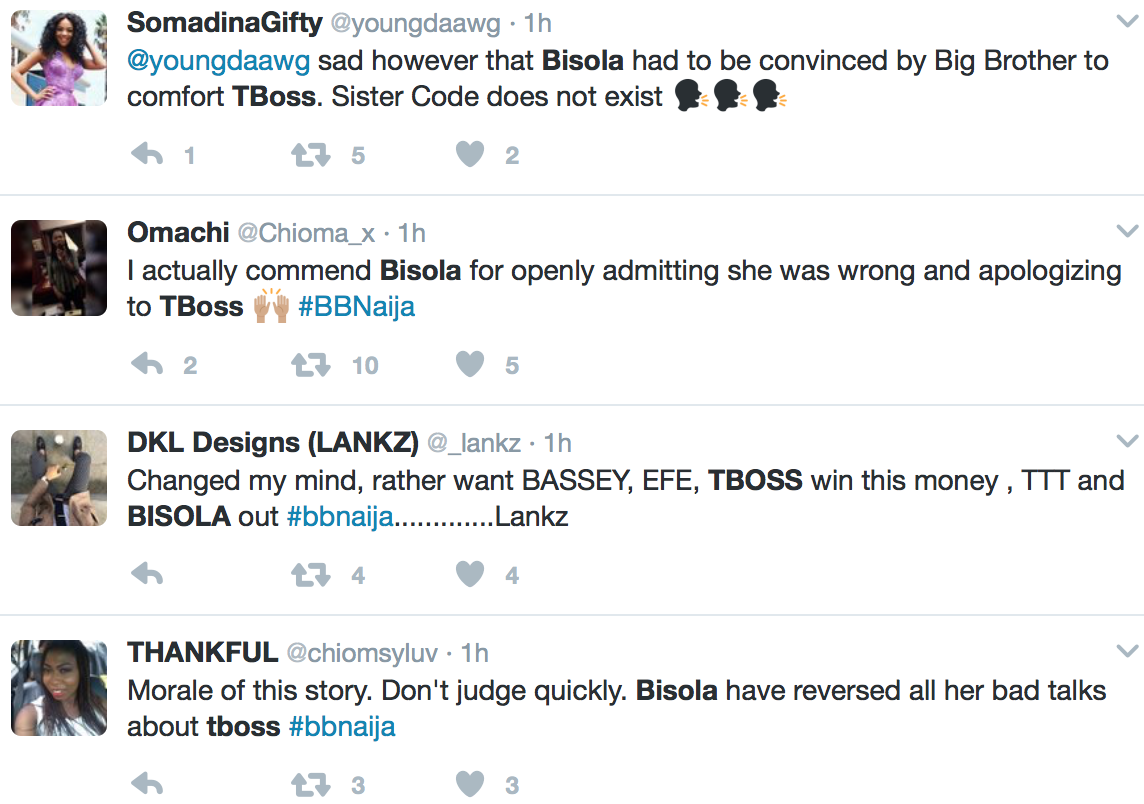 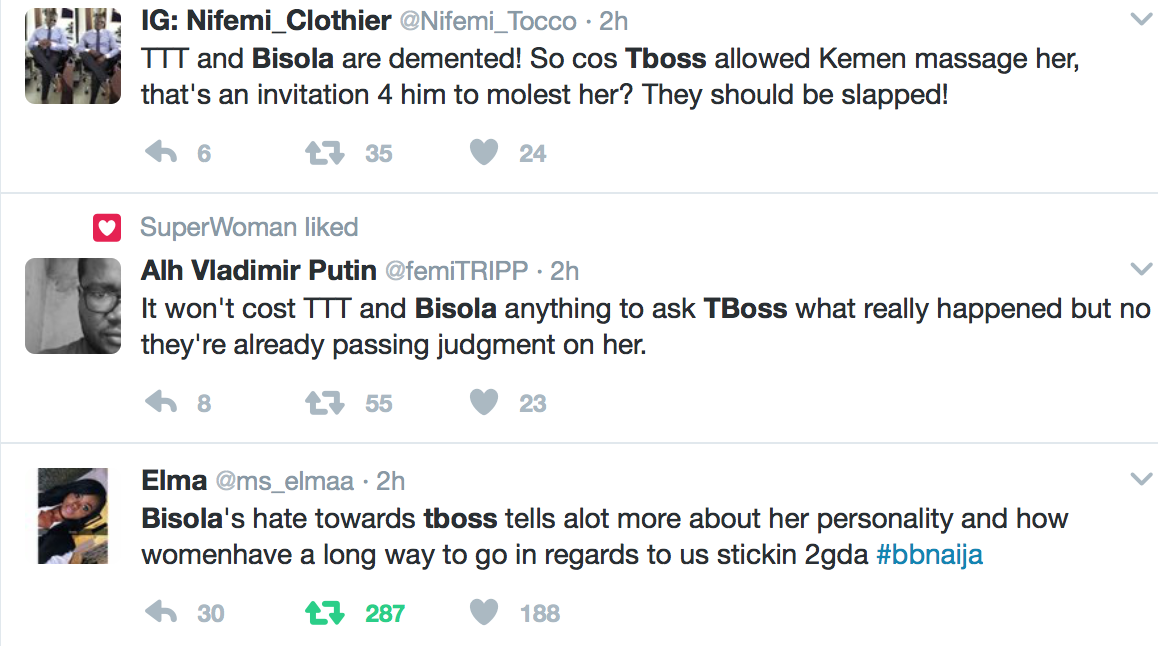