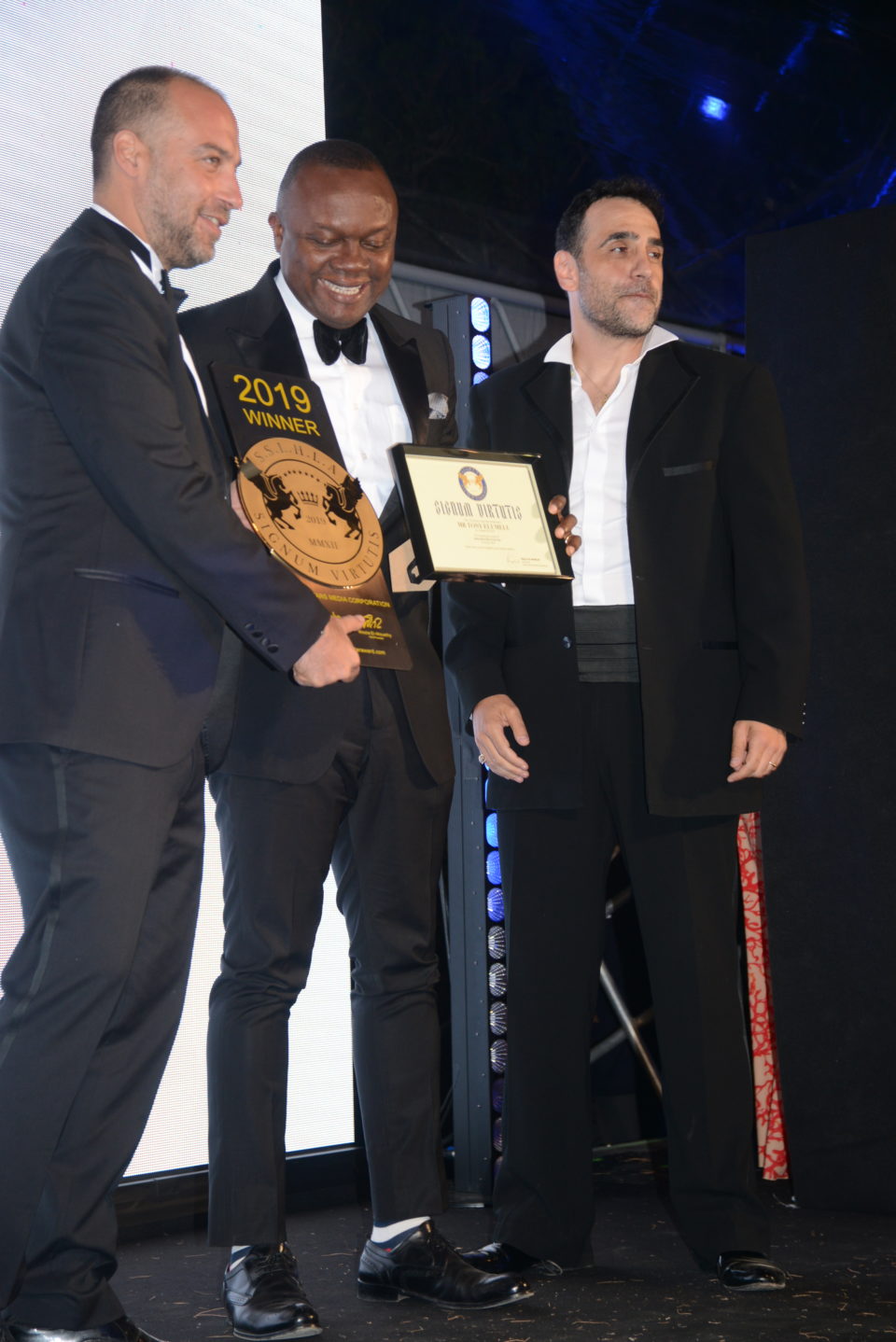 Despite all the issues Nigerians face, some Nigerians are still out there working to make us proud.

One of such is Valentine Ozigbo, who was just awarded The Seven Stars Hospitality Personality of the year some days ago, while Tony Elumelu was also awarded the first ever Seven Stars Man of the Year.

The awards ceremony which took place at the stunning lake Vouliagmeni in Athens, Greece on the 5th of October, 2019 had high profile leaders and experts from within the Hospitality and Lifestyle industry.

Valentine Ozigbo was recognized as the Seven Stars Hospitality Personality of the year for the transformation he engineered at Transcorp Hilton Abuja in recent years.

The honour accorded to the Chairman of Transcorp, Tony O. Elumelu, CON as the first ever Seven Stars Man of the Year, was conferred for his enterprise and the work his foundation- the Tony Elumelu Foundation is doing to promote entrepreneurship in Africa and across the world. The Tony Elumelu Foundation Programme is the largest entrepreneurship development initiative in Africa and has a ten year $100 million commitment to identify, train, mentor and fund 10,000 African entrepreneurs.

The Seven Star Luxury and Hospitality award is the highest and most exclusive award for the pinnacle of luxury hospitality and lifestyle globally.