Nicole Scherzinger’s new single, titled “Poison” has arrived. The European dance track was produced by Red One and will do well in the gay clubs. Scherzinger’s brief run in reality TV appears to have come to an end and now she is focusing on her music career once again.
Right after winning Dancing With The Dancers Scherzinger unveiled a song titled “Nobody Can Change Me” on Ryan Seacrest’s Radio Show, but it failed both with her fans and on the charts.
Now she is hoping to revamp that was never able to release with the inclusion of her newest single, “Poison.” 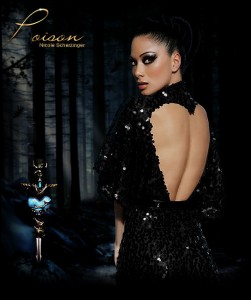 Scherzinger has been quoted saying that she is taking her newest album in a bit of a different direction and will focus more on dance tracks rather than pop hits. The Pussycat Dolls lead singer is attempting to solidify her solo career, which has received a lot of attention since she famously appeared on the reality television dance competition “Dancing with the Stars.”
It will be interesting to see what her album sounds like when it is finally released. If “Poison” is any indication, it should sound a bit different than most of her fans were expecting.
What are your thoughts on Poison Nicole Scherzinger?

MONICA REMIX HERE I AM WITH TREY ...

FAYEMI IS NOW THE NEW GOVERNOR OF ...