Superstar rapper Nicki Minaj is the cover of Dazed‘s Autumn/Winter 2017 issue and talks about her reign in the music industry. 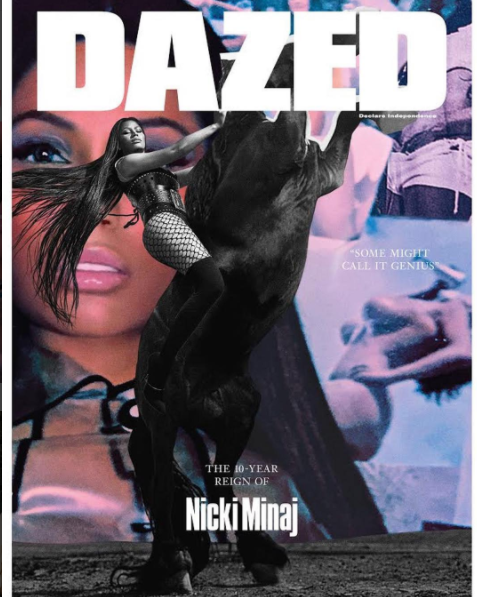 In the magazine, the 34-year-old entertainer takes a look back at her reign in the rap music world, ten years after the release of her debut mixtape.

The rapper’s photo on the cover is photographed by Steven Klein and styled by Robbie Spencer in Miu Miu.

Most Nigerian artistes are using my working ...