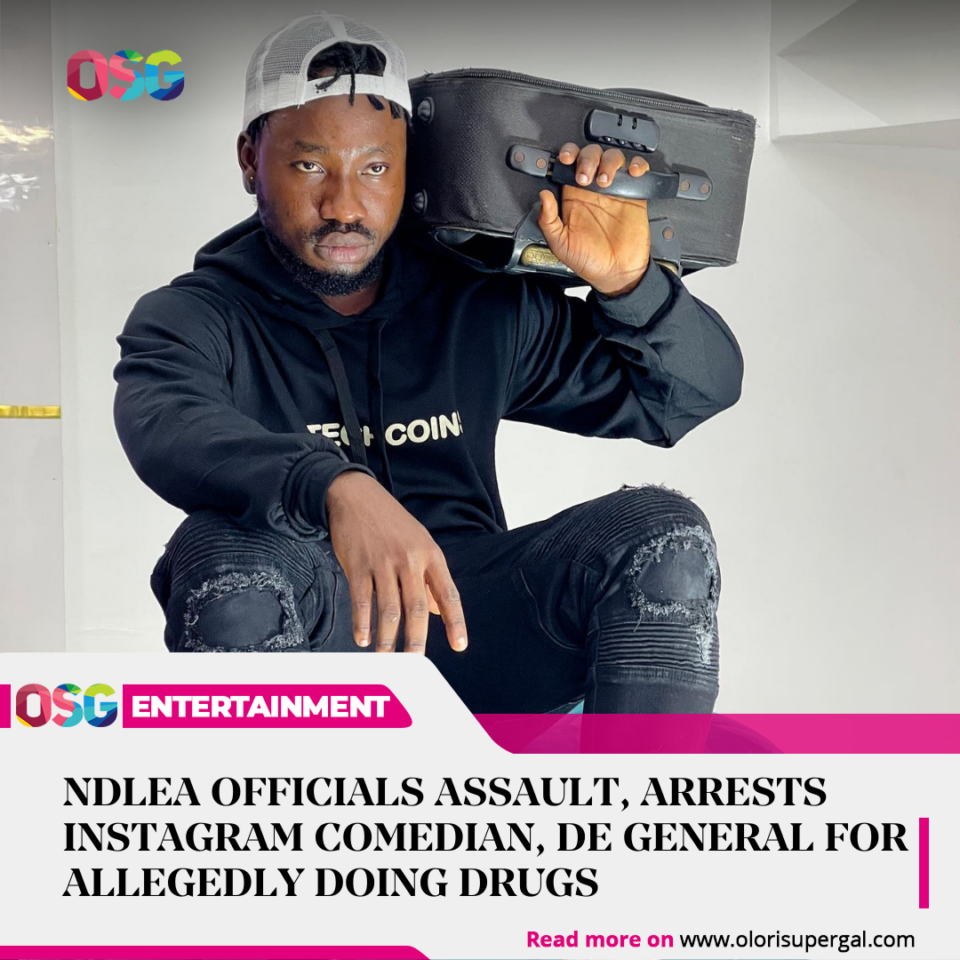 Nigerian Instagram comedian, Sunday Joshua Martins, better known as the De General has given his fans and followers on social media a cause for concern after going live on Instagram to film his encounter with some officers of the National Drug Law Enforcement Agency (NDLEA).

In a portion of the live session which has now gone viral, a female officer was seen questioning the humour merchant and noting that he has no right to record what was unfolding in his apartment.

An enraged De General, however, maintained that he had every right to record and show the world what was going on.

Another male officer who was present tried to calm the situation but this was followed by an unidentified individual knocking off the mobile phone from the person who was holding it.

Immediately, the officials launched a physical attack on the entertainer.

New footage appeared showing him in the truck of the NDLEA operatives, a Fellow content creator on Instagram identified as Ayo noted that he had been up since 2am and they refused to allow them into the station which was situated at Ikoyi.

“My Marriage Failed For So Many Reasons ...