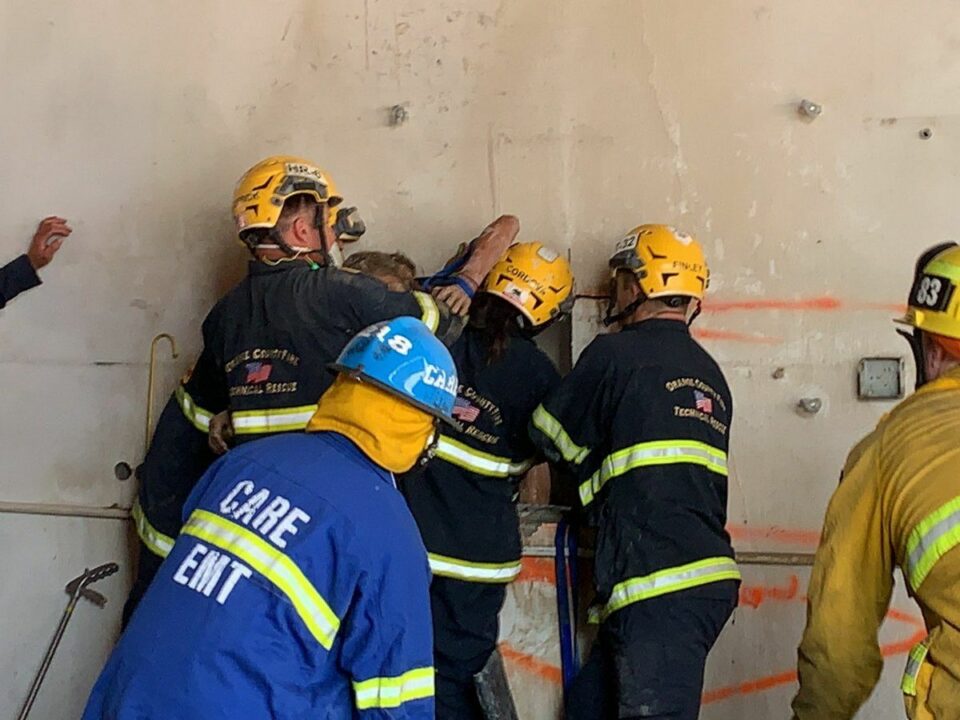 In a mysterious turn of event, a naked woman became trapped between two commercial buildings in California, USA, and cried for help for half an hour before her location was discovered.

Workers in the area heard a woman crying but struggled to locate exactly where she was. They searched around for 20 to 30 minutes before finally figuring out her location.

Emergency services were called to the weird incident at 1020 N. Harbor Blvd at 2.05pm on Tuesday, July 13, according to Fox 11.

Fire crews, were however unable to establish how the woman was able to become wedged in the 8-inch gap between the walls of an auto body shop and car stereo store in Santa Ana, California.

Couple Sentenced To Jail For Starving And ...