Motunrayo Anikulapo-Kuti, one of the daughters of late music legend, Fela Anikulapo-Kuti, has said her father trusted the wrong people while he was alive.
She took to her instagram page, @motunrayoanikulapokuti, to lash out at those she accused of telling her that her father’s money is not her money. In her words ” After all these suffering, some useless, hopeless hypocrites will tell me having my father’s money is not my money…”

According to her, the picture of Fela sent to her by a friend brought tears to her eyes and thinking about the people Fela trusted in his last days makes her angry. Here is what she wrote: 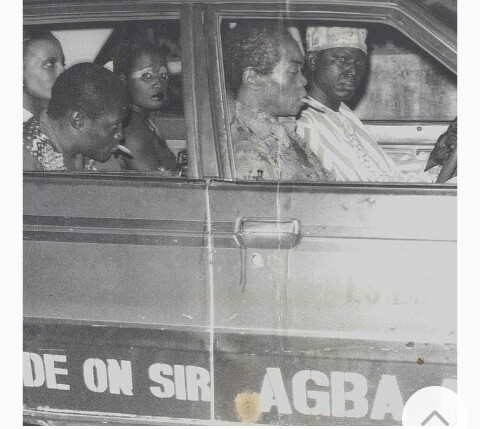 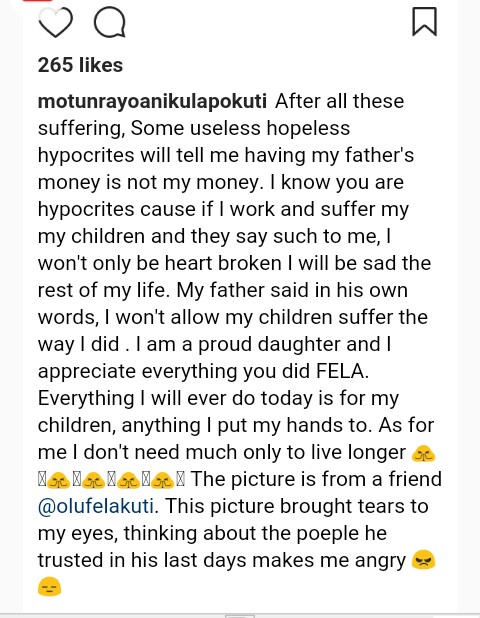 NIGERIAN ARTISTE AND HER DAUGHTER MURDERED BY ...