25-years-old Kara McCullough from the District of Columbia was crowned the 2017 Miss USA winner at the Mandalay Bay Events Center in Las Vegas on Sunday. 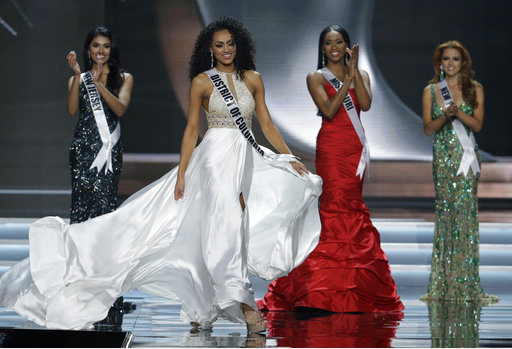 All three finalists were also asked about their definition of feminism, and if they consider themselves a feminist. McCullough said she prefers not to use the word “feminist,” and instead “transferred the word feminist to equalism.”

“I don’t want to call myself a feminist, Women, we are just as equal as men, especially in the workplace.” McCullough said.

Julianne Hough and Terrence J returned as hosts of the competition, and Ashley Graham reprised her role as Miss USA’s backstage host.

Musical performances by Pitbull and Brett Eldredge, as well as a performance of Cirque du Soleil’s “Michael Jackson ONE” show.

New Video: Pryce Williams – Something You ...