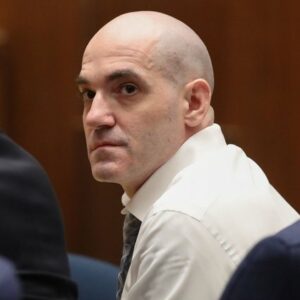 A 45-year-old man, Michael Gargiulo,has been sentenced to death, in Los Angeles, for the killings of two women in the 2000s.

The convicted murderer nicknamed the “Hollywood Ripper” was convicted of two counts of murder and one count of attempted murder. 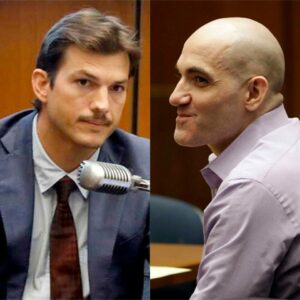 He pleaded not guilty to all charges and again insisted he was innocent at Friday’s sentencing.

The case attracted global attention because one of the victims, Ashley Ellerin, was about to go on a date with American actor Ashton Kutcher.

Testifying at the trial, Kutcher, said he had knocked on the door of Ellerin’s Hollywood home on the night she was killed.

He further said when she did not answer, he looked in her window and saw what he thought were wine stains on the floor.

Ellerin, 22, was found dead in her Hollywood home the next day with 47 stab wounds in February 2001.

During the trial Kutcher told the court he was “freaking out” when he learned that Ellerin had been killed.

The second murder victim was Maria Bruno, a 32-year-old mother-of-four. She was a neighbour of Gargiulo, who “quite literally butchered” her with a knife while she slept in December 2005, prosecutors said.

Michelle Murphy, the 26-year-old woman Gargiulo attempted to murder in 2008, survived and testified against him in court.

At her flat in Santa Monica, she woke up to Gargiulo on top of her, stabbing her with a knife, but managed to fight him off. His blood was found at the flat, leading to his arrest.

Judge Larry Paul Fidler, during the sentencing said “In this case, everywhere that Mr Gargiulo went, death and destruction followed”.

However, it could be a while before Gargiulo is put to death. The last execution in California was in 2006 and the practice has been banned since 2019 under Democratic Governor Gavin Newsom.

Gargiulo is now expected to stand trial in Illinois, where he faces a separate murder charge over the killing of an 18-year-old woman in 1993.