Signed to HKN Gang record label, the “Eleko” singer started music officially way back in year 2013 after releasing his first track along with his friends, titled GBO.

He rose to prominence in 2016 with the release of the song “Eleko” which hit over 1 Million views on YouTube 9 days after it was published.

He won the 2016 Nigerian Teen Choice Award for Choice New Song of the Year, the City People Entertainment Award for Most Promising Act of the Year and The Headies ‘Rookie of the Year’ award. 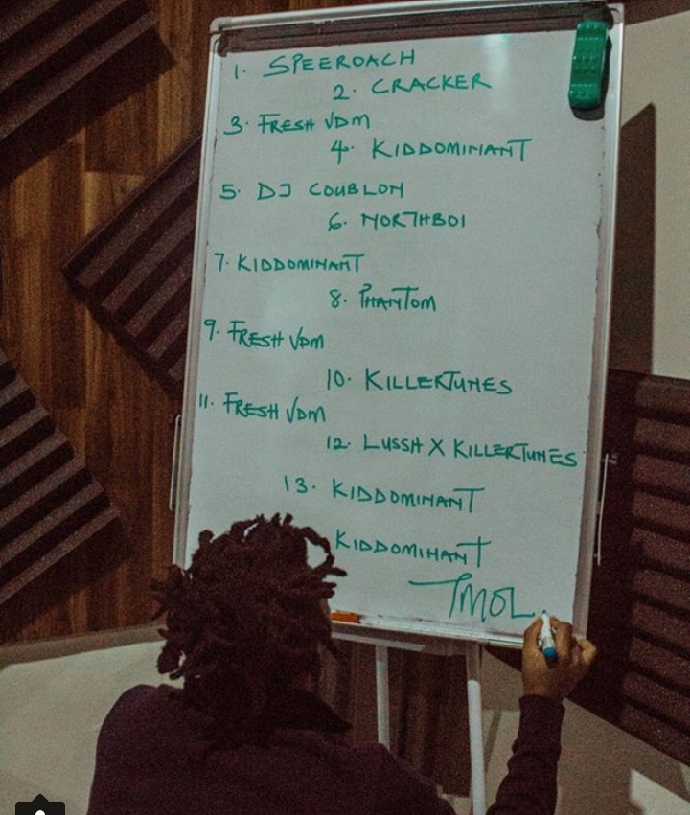 He took to Instagram to a post a picture of himself writing the tracks in the album and he announced the plan to release the album, he wrote:
“My debut album is just a few days away, Big ups to all the producers who made out time to work with me on this project! You all are amazing! You all delivered individually.. Blessings! ??”