Man Sets Himself On Fire Near White House

A unidentified man, set himself on fire at Downtown Washington, not so far from the White House.

A student simply identified as Alina Berzins, a 17-year-old recent high school graduate from Lorton, Virginia, recorded the incident and gave an account of the story. While stating that she was visiting the National Mall with two of her cousins from Bolivia  she said;

“We saw this man on the Ellipse and he starts running, and then we saw him covered in flames.” 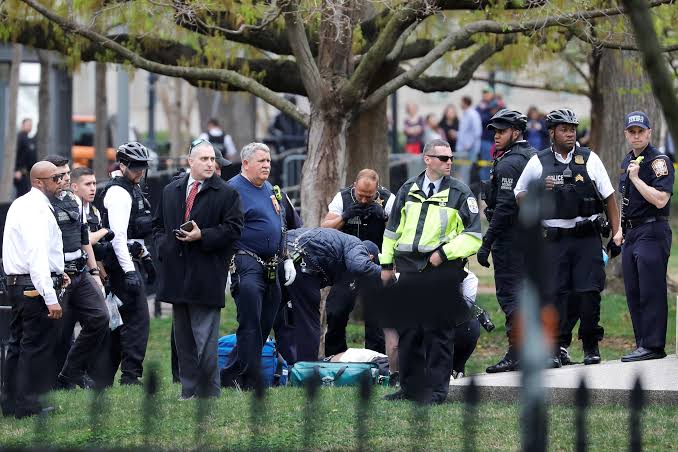 “He started to walk and then cops started coming to the area and he collapsed, the fire then was extinguished”. Everybody was in shock,” Berzins said. “I was in shock.”

A spokesman for the Washington Fire Department added: “I can confirm that we’ve transported one patient with burns from the Ellipse and we’re now on the scene assisting law enforcement”

There have been no recent developments to the story.