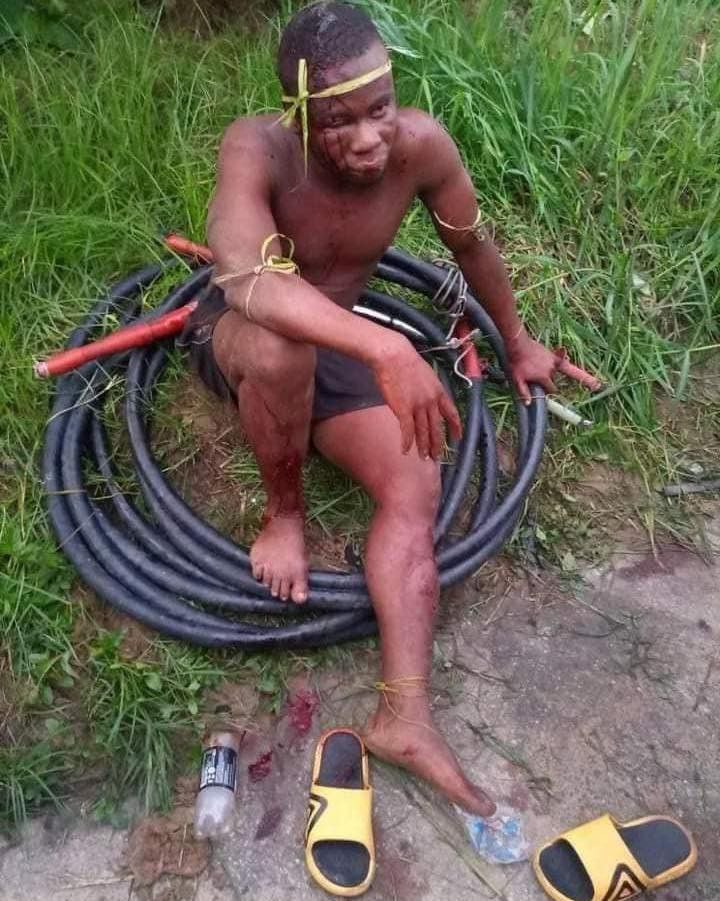 A man, who allegedly stole armoured cables from transformers, have been nabbed by vigilant  youths in Eket, Akwa Ibom State

Reports revealed that the suspect was nabbed along Edem Udo and Afaha Uqua Road, Eket on Sunday morning, July 11.

He had allegedly succeeded in stealing cables from Afaha Uqua transformer before going to Edem Udo transformer to steal more but luck ran out on him as he was caught in the act.

The suspect was beaten to pulp, by angry residents before being paraded around the community.

Woman Duct-Taped On Plane, After She Tried ...