Gerard Pique has used Barcelona’s break from action as an opportunity to join his wife, Shakira on a trip back to her home city in Colombia. 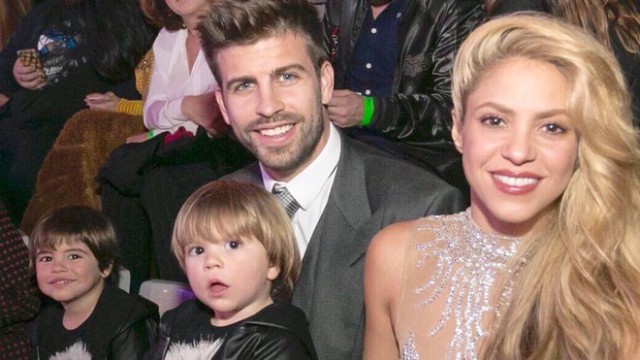 Barcelona last played on December 21, when they beat Hercules 7-0 in the Copa del Rey, and will not return to action until January 5 when they face Atheltic Bilbao in the same competition.

The fortnight off has allowed Luis Enrique’s squad a chance to get away and recharge their batteries, ahead of a second-half of the season which will see them bid for domestic and European honours.

Pique and singer Shakira are spending time in the city of Barranquilla on the Caribbean coast.

The singer was born in the northern city and returned with her husband and their two sons for the festive period, with Pique sharing two images from their trip with his Instagram followers.

Central defender Pique posted a picture of himself and his wife with friends, sitting on a boat by the Magdalena River, which runs through the city, and captioned it to inform his followers exactly where they were.

In a second picture, the Barcelona star is signing a Atletico Junior shirt for a fan.

The couple have been together since 2010 and have two sons, named Milan and Sasha

The couple have been together since 2010 and have two sons, named Milan and Sasha

Pique was given permission to miss the victory over Hercules to begin his break early, along with Lionel Messi, Luis Suarez and Neymar, meaning they should return fresh when Barcelona resume their season.

Omeruo Could Be The Next Victor Moses ...