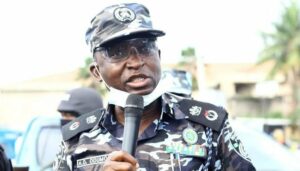 The Lagos state police command has warned the occupant of Lagos against violence and also promised to make sure that all Restriction orders are strictly enforced in the LGA Election to be held July 23, 2021.

The people of Lagos have been warned against all thuggery act and all sort of electoral violence in the election as local government election holds.

The Police has also extend to the politicians to also abide to the orders because no forms of crimes would be accepted.

Hakeem Odumosu, the commissional of Police, made this statement signed by the Police Public Relations Officer in the State, on Friday, when giving directives to the police officers at the command’s headquarters in Ikeja.