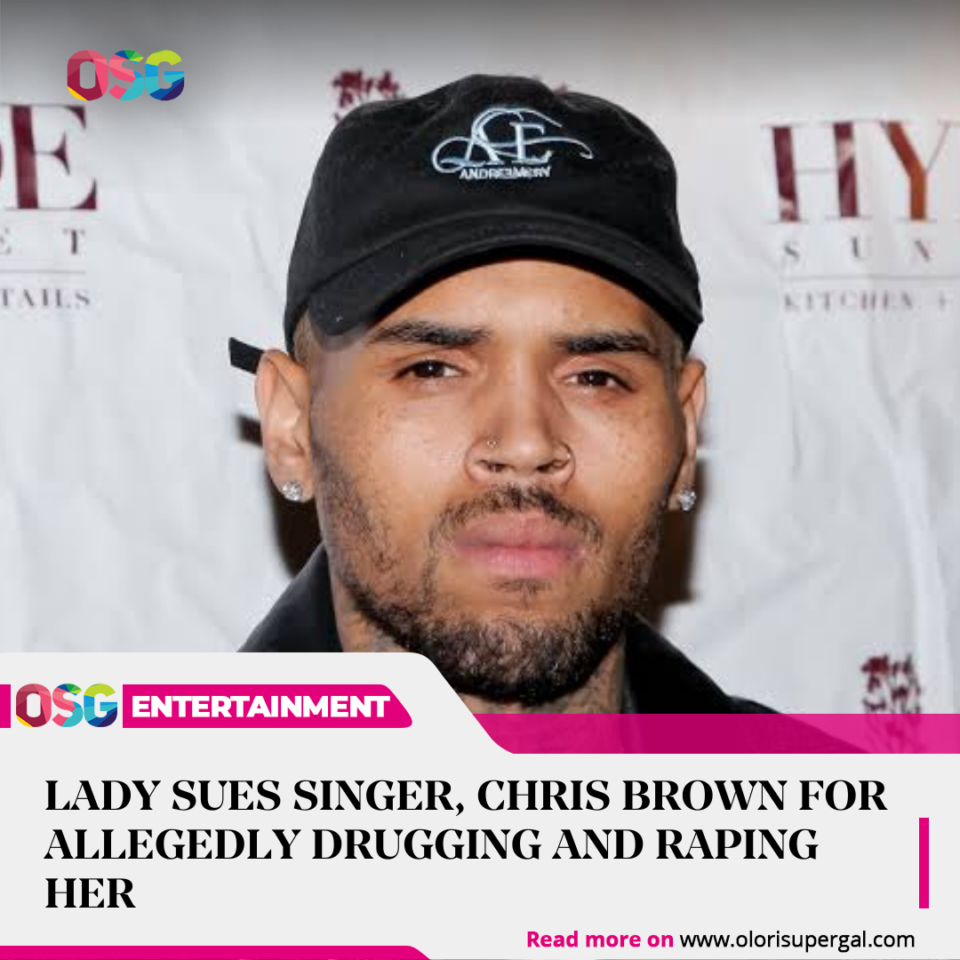 American singer, Chris Brown, has been sued for allegedly drugging and raping a woman on a yacht in Miami two years ago.

According to the $20million lawsuit by Jane Doe who described herself as a professional choreographer, dancer, musical artist, Chris Brown had urged her to meet him at Diddy’s home on Miami’s Star Island in late 2020.

In the document obtained by TMZ, the woman claimed that she got there on 30th December 2020 and Chris Brown offered her a drink in the kitchen area of the yacht.

Doe claimed that Brown offered her a cup with a mixed drink and after taking a second cup, she started to feel “a sudden, unexplained change in consciousness.”

In the suit, the woman claimed that she felt “disoriented, physically unstable, and started to fall in and out of sleep”. She noted that this was when Brown lured her to a bedroom as she was “drugged” and “half-asleep.”

She claimed that the singer raped her and ejaculated inside of her. According to the suit, she was demanding a sum of $20m for damages, stating that the event caused her emotional stress.

According to TMZ, the plaintiff’s attorneys, Ariel Mitchell and George Vrabeck, stated that their client was embarrassed at the time and could not report the incident.

There has been no reaction from Chris Brown’s team concerning the suit.

Jaruma’s detention has nothing to do with ...