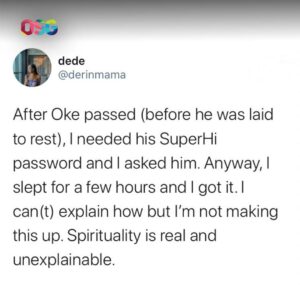 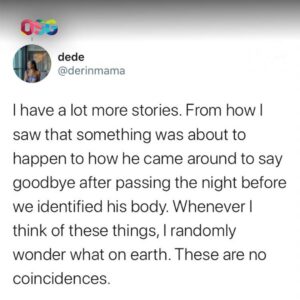 Late Oke Obi-Enadhuze’s girlfriend, Derin, has narrated how she was visited by his ghost to bid her farewell and how he gave her password to his Superhi account.

Recall that Oke, was killed during the #EndSARS protest last year October 2020.
He died from injuries sustained from a knife attack in his Oshodi home, as he was trying to hold off men ransacking the property.