Nollywood actress Shirley Igwe has been accused of an alleged refusal to pay for the grilled goat me she used for her birthday. 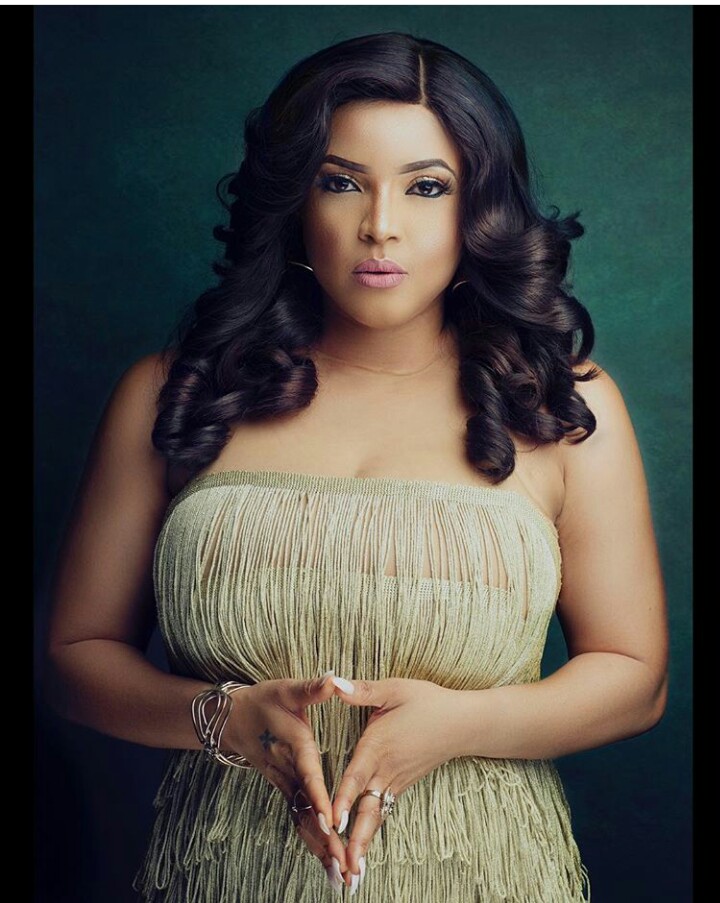 According to SDK, who was contacted by the caterer, Shirely Igwe refused to pay the N10,000 fee for the sevice rendered.

Shirley is allegedly refusing to pay because the goat head was missing.

See screen shots of the conversation after cut and tell us what you think: 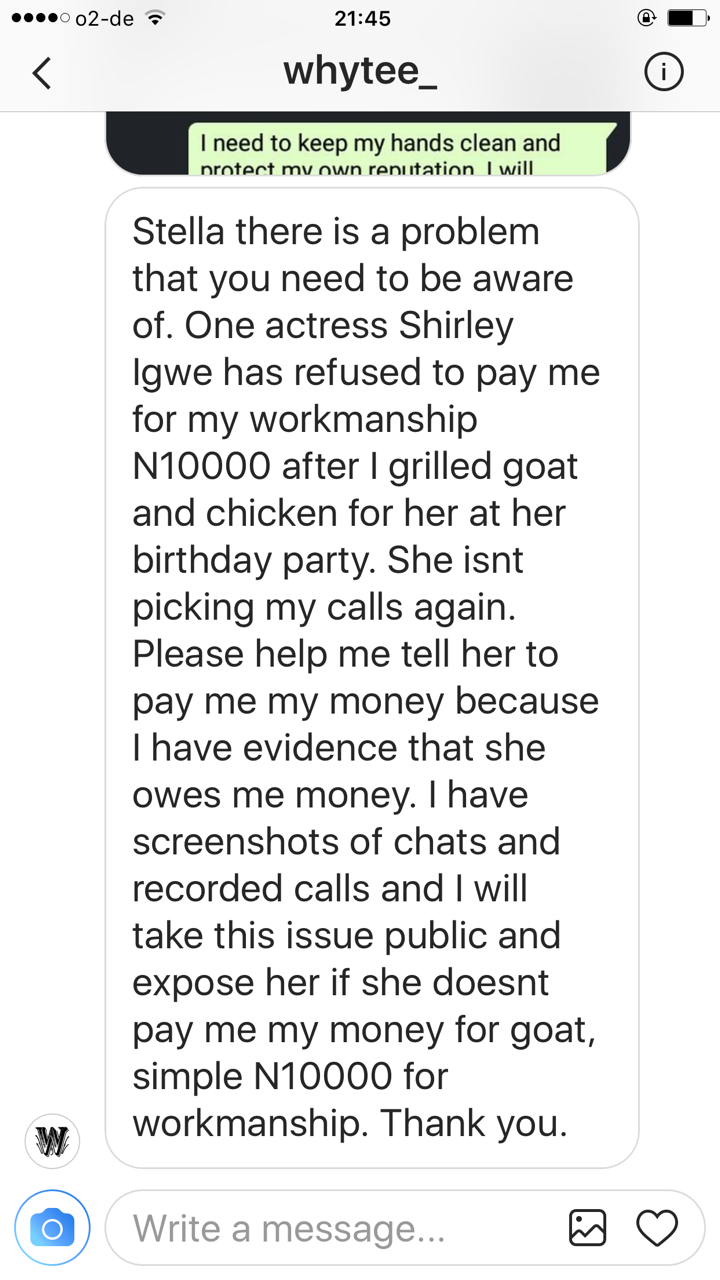 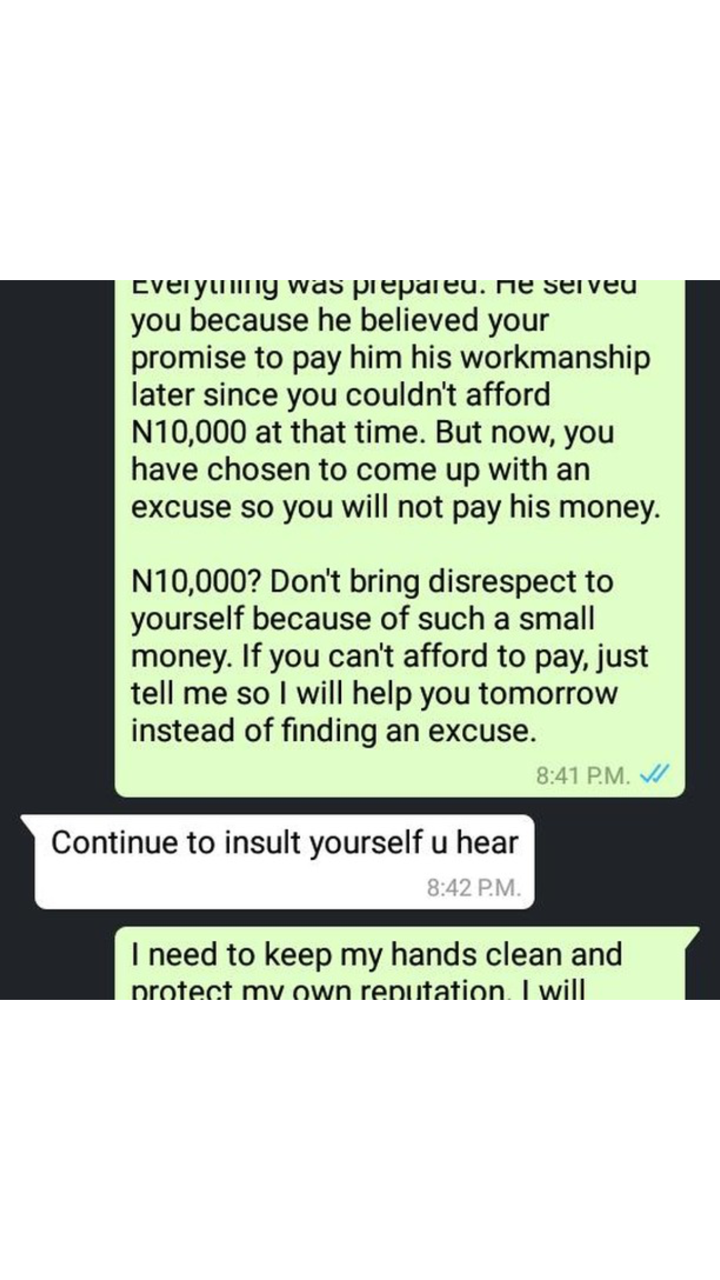 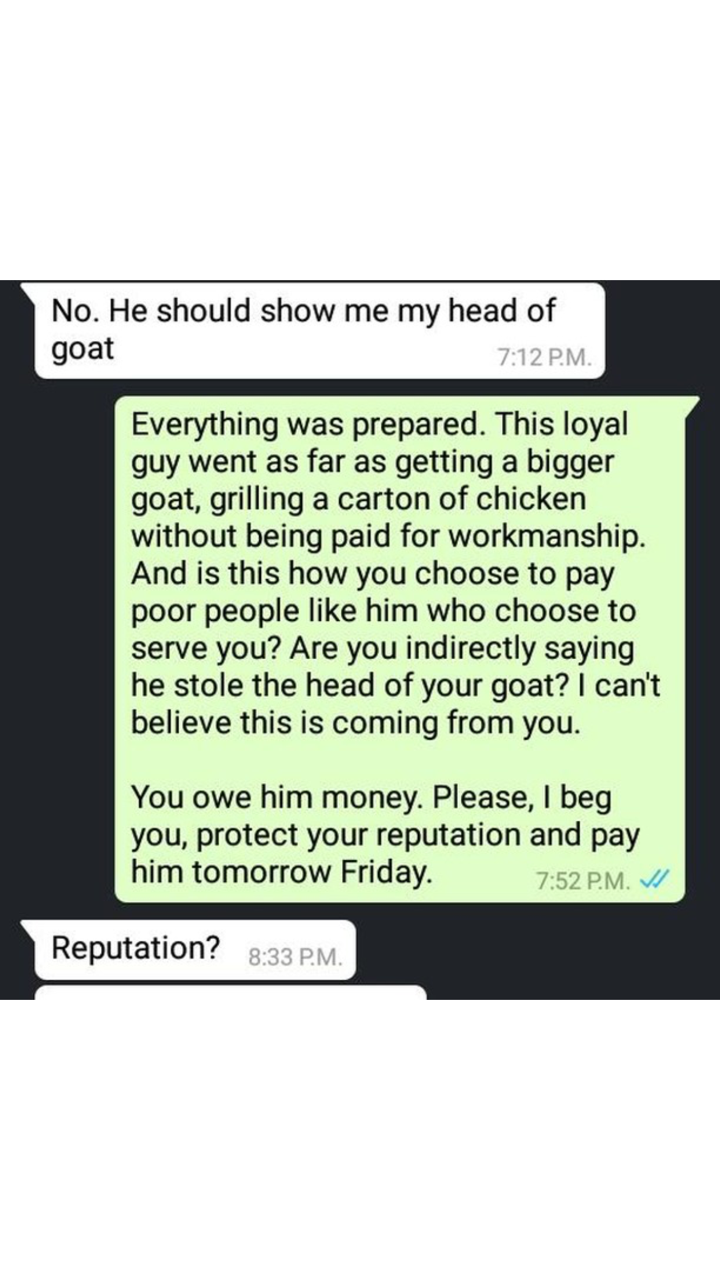 Oritsefemi signs a new artiste to his ...