Musician Solange Knowles in a talk with AnOther Magazine discussed her classic album “A Seat at the Table.”

Solange dug into what inspired the album, her fears about writing it, and how it feels now performing those songs.

Inspired by Claudia Rankine’s “Citizen: An American Lyric,” Solange wanted to write an album that would unmistakably be the work of a black woman. She said:

When I look back, there had been a number of things that had happened personally.

There were other explorations that I was working through to just be comfortable in saying, ‘You know what? This is the work of a black woman’, and being confident in saying that and not trying to make it universal and dumb that down.

I am so grateful to have other black women artists and writers like Claudia who have helped me reach that point – to be able to have ownership of my artistic journey. 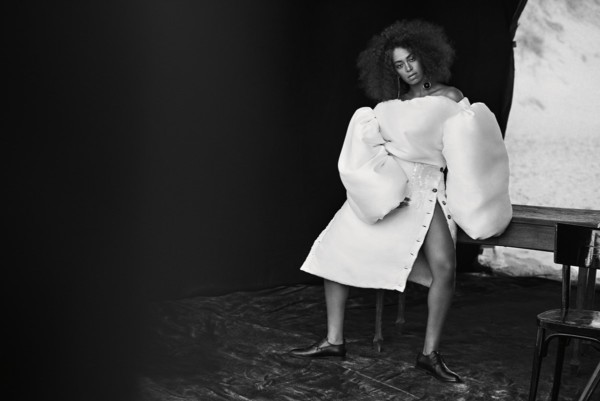 Of course, she felt fear. She had major doubts, she said, but always knew that was the album she wanted to write, and she was writing nothing else. She said:

The everyday stories and incidents I had been hearing all around me – all of those things were really embodied in those early sessions recording the album.

I knew it was the album I had to write. Whether I felt fear, whether I felt unprepared to have the conversation, whether I had major doubts, it was not up to me. I was not writing anything else

Solange didn’t always want to be a singer. At 13, she wanted to dance. She said:

I was happy going to that dance studio and really passionate about it. And I think for my parents, as long as they felt I was gonna work hard and dedicate myself to it, they were really stoked.

One of [Destiny’s Child’s] dancers was pregnant and I was asked to fill in for the summer as I wasn’t at school.

I was super stoked – I would get to dance all summer, be with my family, and do what I love to do. I was immersed in being in Tokyo one day and in Berlin the next.

I was given space to explore. I would go to London, and Björk and The Chemical Brothers were on the radio, things that were shaping and moulding me in a way that they might not have as early on if I had not been travelling.

I could audition for Julliard and go to college.

The act of the vocal, maybe because it was never something I felt that strongly about, my ability or my voice or my tone.

My charge as a musician always comes from the sonics, from the storytelling, from the scenic visualisation, and it wasn’t really until A Seat at the Table that I really even felt like I figured out how to use my voice, and even still, it is a work in progress. 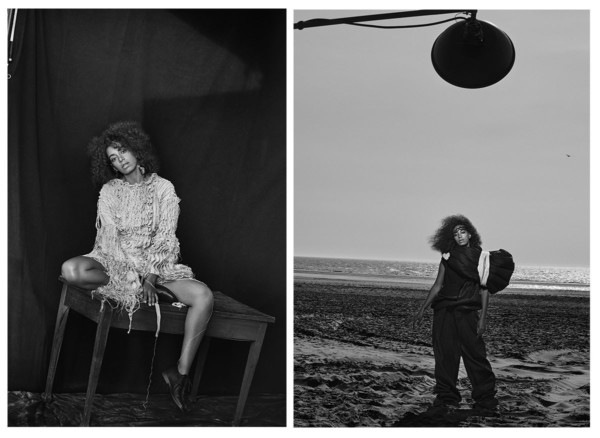 Touring the album has been an experience. A young Somalian girl named Nadifaat a moment touched the shoulder of Solange’s interviewer while he was in the crowd. She had tears in her eyes. Asked why she was crying, she said: “This means so much to me. Everything she says has happened to me and I have had no one to listen to my story, particularly here in Oslo. She says it all for me.” 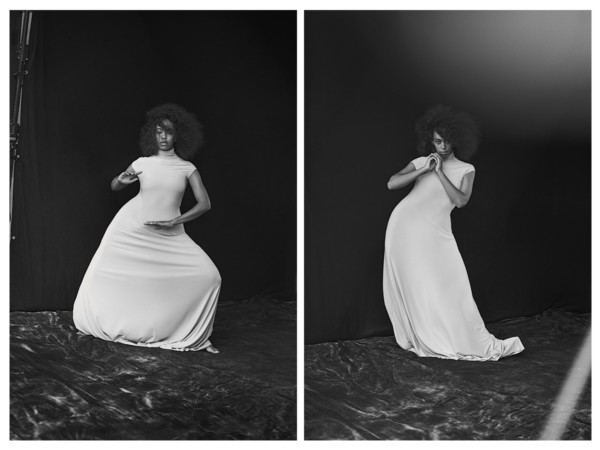 Performing the songs, though, can sometimes feel like a reopening of old wounds. Solange described having intense panic attacks after her first 6 performances. But she made this album to try to make herself a better human, she said, and it’s been wonderful and humbling. She said:

I’d love to say, ‘Yes, I worked on the album, delivered it and it solved all of my problems and all of the complexities for me,’ but it didn’t. I’m trying to work through everything I felt on the album; it’s a work in progress.

I thought I had been healed from them. I made this record to find some sort of reconciliation with myself and how I acted in the world.

It’s been really interesting trying to figure out how to have that conversation with the people who love this record because, really, I had to do this album to try to make myself a better human – so it’s been so wonderful and humbling when you start at the root of that and then see how it can grow.