Comedian Kathy Griffin held a press conference on Friday June 2, at The Bloom Firm in Woodland Hills, California over the controversial Trump shoot.

The press conference was up after a controversial photo shoot where she was holding a bloodied mask depicting President Donald Trump. During the conference, she addressed the shoot and also addressed an alleged bullying by the Trump family.

The 56-year-old comedian’s lawyer Lisa Bloom opened the press conference by talking about the jobs that Kathy has lost since the photo was released and how the First Family has targeted her this week. 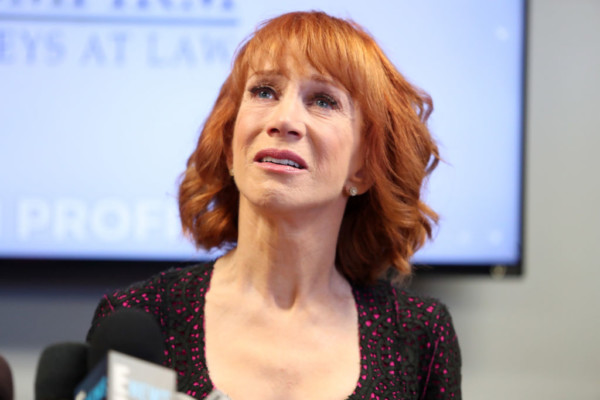 Kathy Griffin teared up during the conference saying

“I don’t think I will have a career after this. I’m going to be honest. He broke me. He broke me. And then I was like, ‘No, this is not right.’ And I apologized because that was the right thing to do and I meant it. And then I saw the tide turning and I saw what they were doing. I would never want to hurt anyone, much less a child.”

Kathy also explained how the intent of the photo was to mock Trump‘s statement about Megyn Kelly, in which he said she had blood coming out of her eyes and “out of her wherever.” 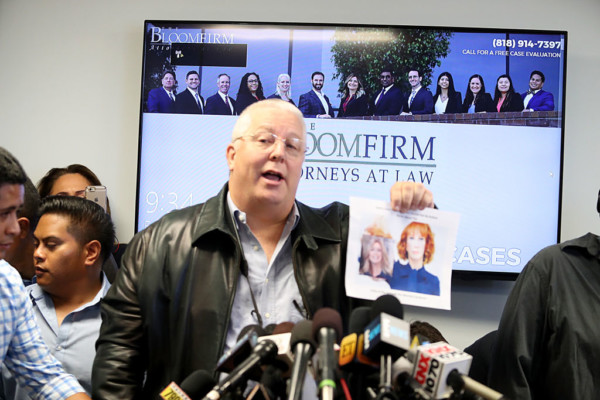 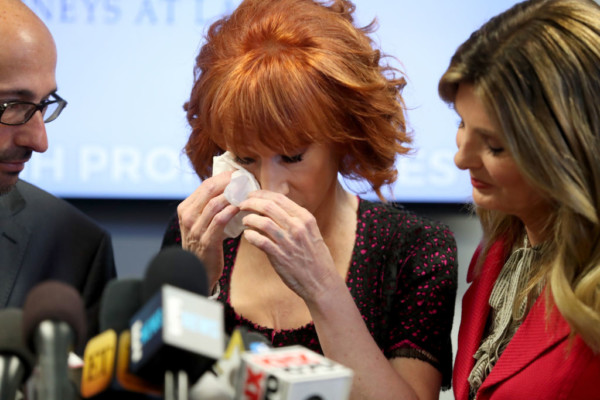 Watch a clip from the conference below.