“Kanye West was warned not to date me” – Kim

Famous American reality TV star, Kim Kardashian has said that her husband, Kanye West was discouraged from dating her when they first met, due to her sex tape scandal. 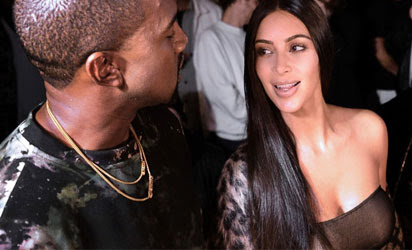 According to People.com, Kim added that because of the love and loyalty he has always shown her, she would never stop defending him.

Kim and Kanye started a relationship in 2012, five years after her infamous sex tape scandal.

Speaking on the reason why she keeps defending him against people who troll his career and political inclinations, Kim said she feels the need to return his loyalty.
In her words:
“We have been through a lot together. You know, I have known him for 15 years now. Became friends with him maybe in like 2006, 2007. Met him in like [2002 or 2003].

“I have known him forever. He’s put himself up against the world for me when everyone told him, ‘You cannot date a girl with a sex tape”.

“You cannot date a reality show girl. This is going to ruin your career.’ Everyone told him that.

“And he always was that strength for me. So I will always love and appreciate him for always standing up for me,” Kim said.

Kanye and Kim have been married for four years and they share three children together: 5 year old North, 2 year old Saint, and 9 month old Chicago.