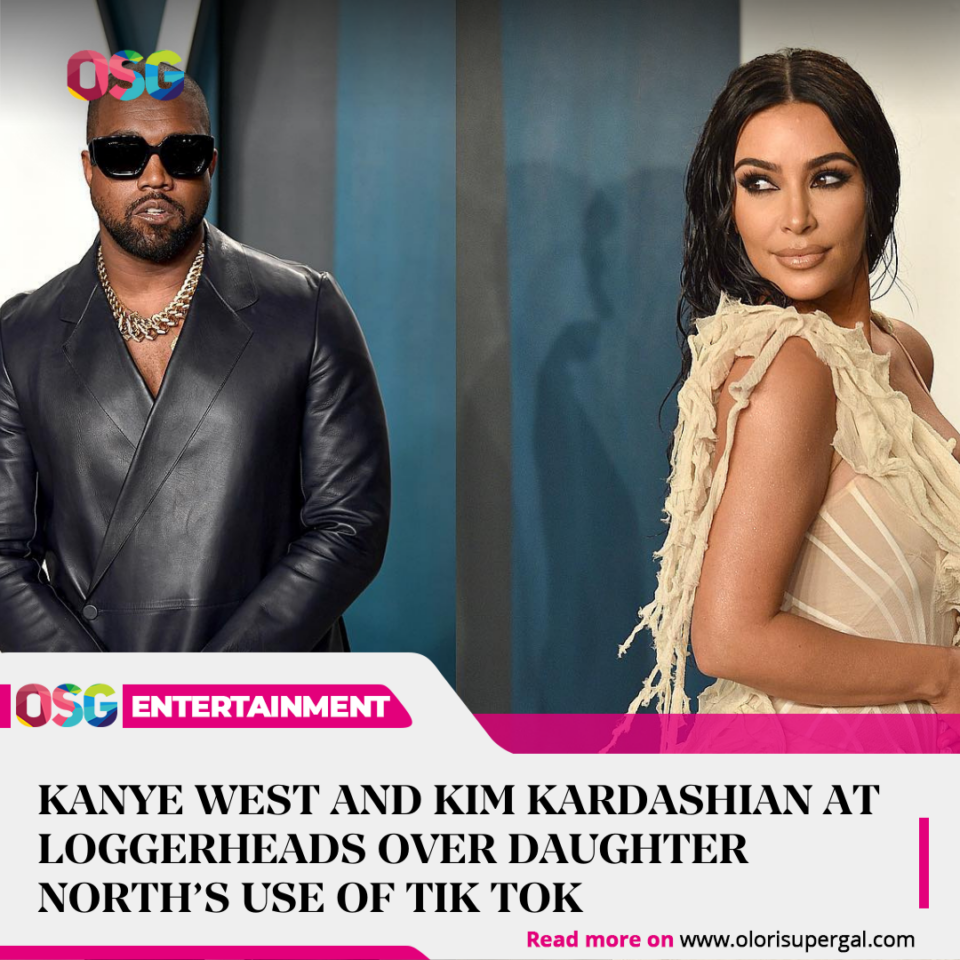 Kanye West and his estranged wife, Kim Kardashian are at loggerheads over North West, their daughter’s use of social media particularly TikTok.

Posting a screenshot of North’s recent TikTok video, Kanye appealed on how to mitigate the situation since it is his first divorce.

He wrote, “since this is my first divorce, I need to know what I should do about my daughter being put on Tiktok against my will”. The picture and caption were targeted at Kim as he had tagged her official page on the post.

In reaction to the post, Kim who is now a law student, said Kanye’s constant attacks are more hurtful than any TikTok video. According to her, North is happy using the social media app to express her creativity under adult supervision.

“Kanye’s constant attacks on me in interviews and social media is actually more hurtful than any TikTok North might create. As the parent, who is the main provider and caregiver of our children, I am doing my best to protect our daughter, while also allowing her to express her creativity in the medium that she wishes with adult supervision – because it brings her happiness.

“Divorce is difficult enough on our children and Kanye’s obsession with trying to control and manipulate our situation so negatively and publicly is only causing further pain for all.

“… I wish to handle all matters regarding our children privately and hopefully he can finally respond to the third attorney he has had in the last year to resolve any issues amicably” she added.