JAY Z OPENS UP TO DAVID LETTERMAN ABOUT CHEATING ON BEYONCE

Speaking on David Letterman’s Netflix show, “My Guest Needs No Introduction,” popular rapper, Jay Z discussed infidelity how he and his wife worked to fix their relationship. 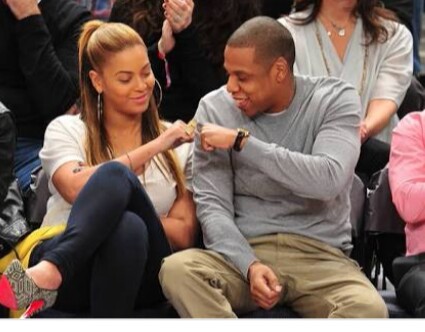 On Bey’s 2016 album Lemonade, the subject of adultery surfaced with Jay Z later admitting to cheating on his wife on his 4:44 album in 2017.
During the latest episode of Letterman’s show, Jay explained that he is a “different person now” and is “not the worst of what I’ve done.”

Jay continued saying that a lot of men “don’t have emotional cues from when we’re young.”

“Our emotional cues are ‘Be a man, stand up, don’t cry!'” he says. “I want to have the emotional tools that it takes to keep my family together.”

He added that he has “a beautiful wife who is understanding and who knows he is not the worst for what he has done.

Jay Z explained that he and Bey did their due diligence by going to therapy and really working on their relationship.

“I like to believe we’re in a better place today,” he says. “But we’re still working and communicating and growing. And I’m proud of the father and the husband that I am today because of all the work that was done.”