The national spokesman of Nigeria’s ruling All Progressives Congress Malam Bolaji Abdullahi Tuesday said he has not resigned from the party.

After Senate President, Busola, Saraki announced his defection to the The People’s Democratic Party (PDP) from the ruling All Progressive Congress, there were Media reports that said Abdullahi had followed the former Kwara State Governor to the PDP.

The rrumour was given further fuel when the PDP’S official handle on Twitter celebrated the defection with the tweet:

Abdullahi has now come out to debunk the rumours:

“There is no iota of truth in the report,” He told newsmen at the APC national headquarters in Abuja.

On why he missed the APC’S NWC meeting on Monday, the former Minister of Sports said

“IT is not true that I have resigned and let me emphasise that there is no iota of truth in that report,” he said.

“I can understand where the speculation is coming from, perhaps because I was absent during the NWC meeting on Monday.”

“However, the speculators didn’t know that I told my colleagues that I was away in Kwara State.

Much of the rumour about whether he has defected is due to Abdullahi’s closeness to the Saraki, whom the former also decamped from the PDP with to join the APC during Jonathan’s tenure. 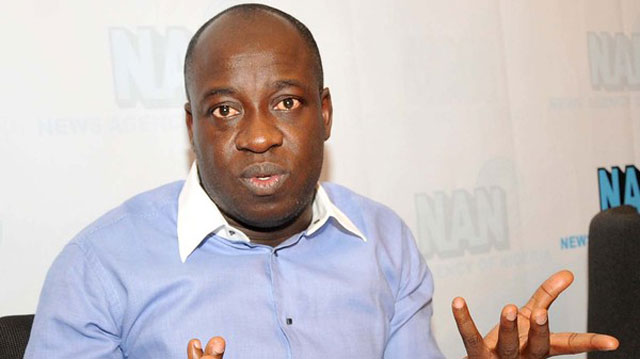