Over 100 students in the second-biggest city in Indonesia,  Surabaya,, protested against chocolate and flowers celebration on Valentine, saying it promoted Western decadence which leads to sin.

The high school students, mostly girls in hijab, carried placards and chanted “Say no to Valentine’s now!”. Some of their placards also read: Valentine’s Day, I am Muslim”.

The protests also followed the Government’s lead, which urged couples to quit giving gifts out on the day, calling the act wayward.

Principal of the school reminded the young not to be too engrossed in Western culture and practise.

“We want to remind our young generation not to be caught up in Western culture,” he told AFP. 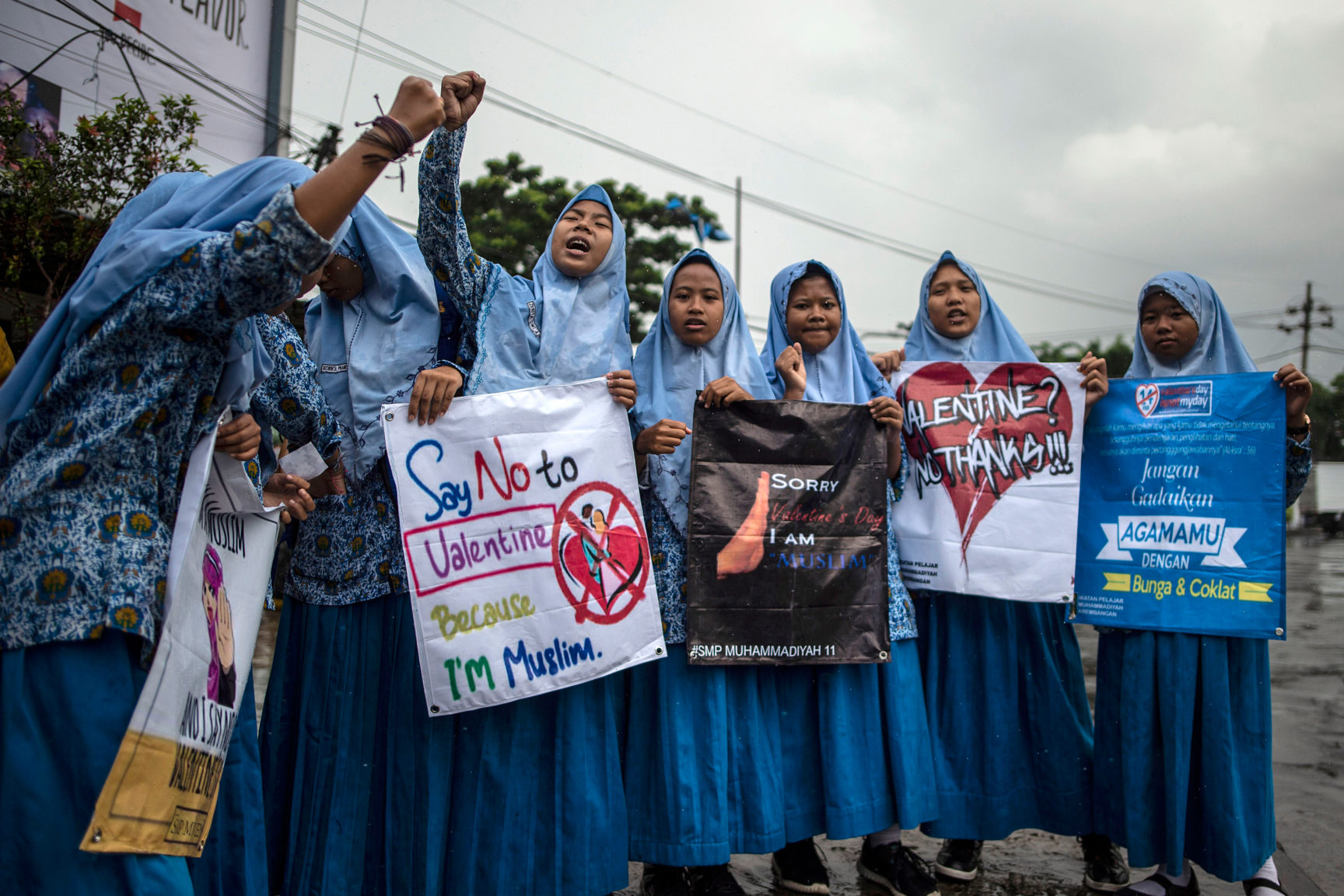 A group of Indonesian Muslim students take part in an anti-Valentine’s Day rally in Surabaya on February 14, 2019. – Anti-Valentine’s Day rallies are not uncommon in Indonesia with some conservative Islamic groups denouncing the day as un-Islamic, promotes promiscuity, casual sex and consumption of alcohol while other groups described the day as foreign cultural influence. (Photo by Juni Kriswanto / AFP)

Authorities in the Country also conducted raids in Surabaya, and Makassar city on Sulawesi island in an effort to stop any celebrations.

In some districts like Aceh province — the only place in Indonesia that imposes Islamic law — a Valentine’s prohibition was issued and people were whipped in the region for wide ranging offenses.