A 23-year-old law student in Kerala, India, ended 8-years cycle of rape by chopping off the penis of her rapist who is a self-styled godman. The 54-year-old man had reportedly been raping her since she was in Class 12, so, on Friday night, she attacked him to make sure he never abuses her again.
According to a police complaint filed by the woman, the accused, identified as Swamy Gangeshananda, a member of the Kollam-based Panmana Ashram, had been raping her at her home for the last eight years. The woman said he first raped her when she was 16 years old. When he tried again on at her home Friday night, she grabbed a sharp object and chopped off his penis then called the police herself. 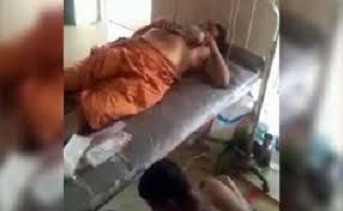 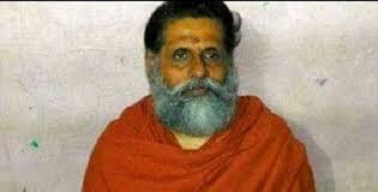 She said she cut his penis first before reporting the abuse to police because she was afraid that Gangeshananda would get bail and attack other women. She decided to make sure he he could not target anyone in future, hence the removal of his male member. In her statement, the rape survivor said her mother knew about the crime and had also been sexually abused by the same man. Meanwhile, sources said the mother told investigators that the accused is a good person and could not have committed such a crime.

The law student’s father suffered a paralysis attack a few years ago, thereby leaving both women exposed to the religious prey. The accused, Gangeshananda, would stay at their house whenever he visited Trivandrum. They had a separate room for him. Media reports said the mother has also been detained as she failed to report the case.  A senior police official told PTI that no case had been registered against the woman.
Following the attack, Gangeshananda was rushed to the Thiruvananthapuram Medical College where an emergency surgery was performed. Hospital officials, however, said that 90% of his penis was cut off and was not in a position to be re-attached. Police sources said the accused said in his statement that he mutilated himself.

“A 54-year-old man from Kollam was admitted at 12.39 am to the hospital on Saturday. His penis had been cut (90%) and there was no way it could be stitched back. Plastic surgeons who are urology experts in the hospital did emergency surgery to stop the blood loss and to enable him to pass urine,” a statement by the hospital said.

He has been booked under Section 376 (Rape) of the Indian Penal Code (IPC) and under the Protection of Children from Sexual Offenses Act (POCSO). He has reportedly told the police that he had chopped off his penis himself.

“It’s a good thing the girl did,” he said at a press conference.

Nigerian Lady Shares How She Met Her ...