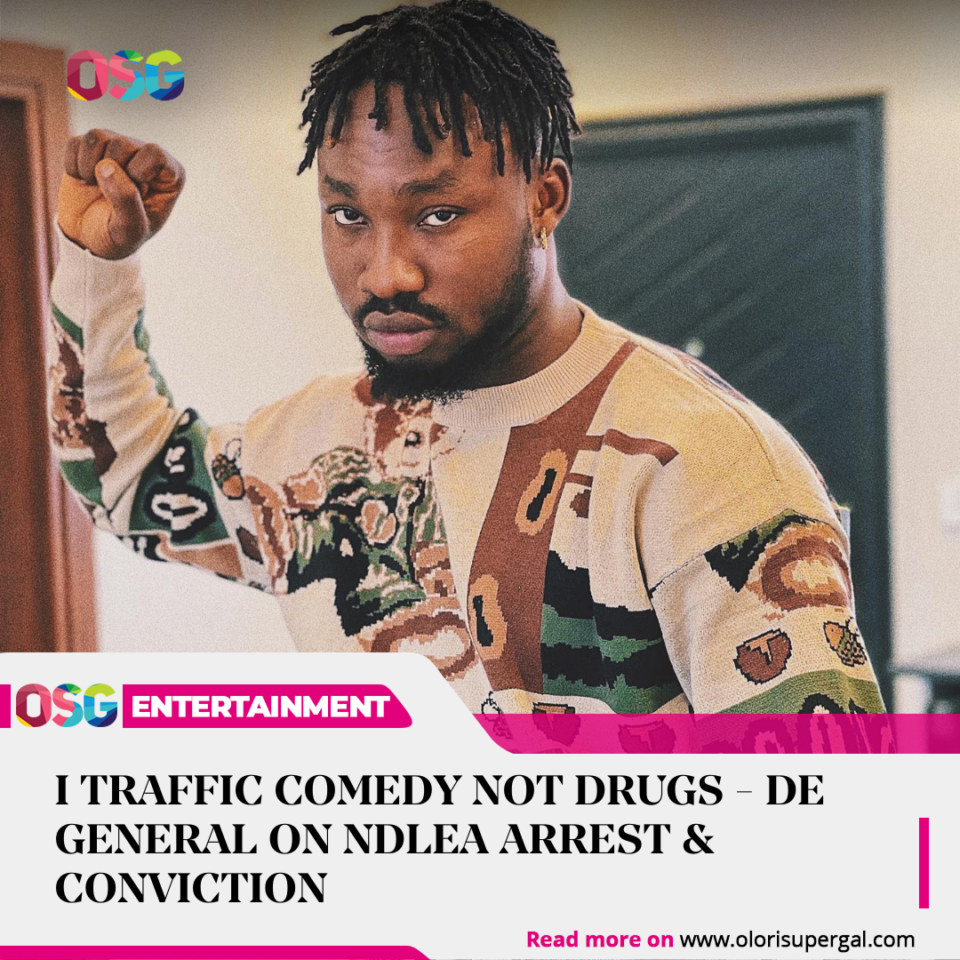 Following the release of Nigerian skit maker, Joshua Sunday, popularly known as De General, from the Nigeria Drug Enforcement Agency’s custody on Monday, the Instagram comedian has informed his fans that he was not a drug trafficker.

In a short Instagram video on his page on Tuesday, he told his fans that he was alive, well, and prepared to go back to making skits after a short two-week absence.

He joked that the two-week break seemed like a full year.

The skit maker said, “As you all can see, I am alive, I am healthy, I am back to my house eating, and I am freshened up. I just want to thank the general public and to let them know that I am fine. And for you folks trying to reach out to me, showing your concern, I appreciate it a lot.

“So let’s get our facts right. De General is not a drug trafficker, and I love you all. I don miss to dey do skits. E kon be like say nah one year,” he said.

It was earlier reported by Olorisupergal Media that De General was arrested by the operatives of the NDLEA for possession of illicit substances on January 12, 2021.

This led to his conviction and eventual release from the NDLEA custody on Monday.