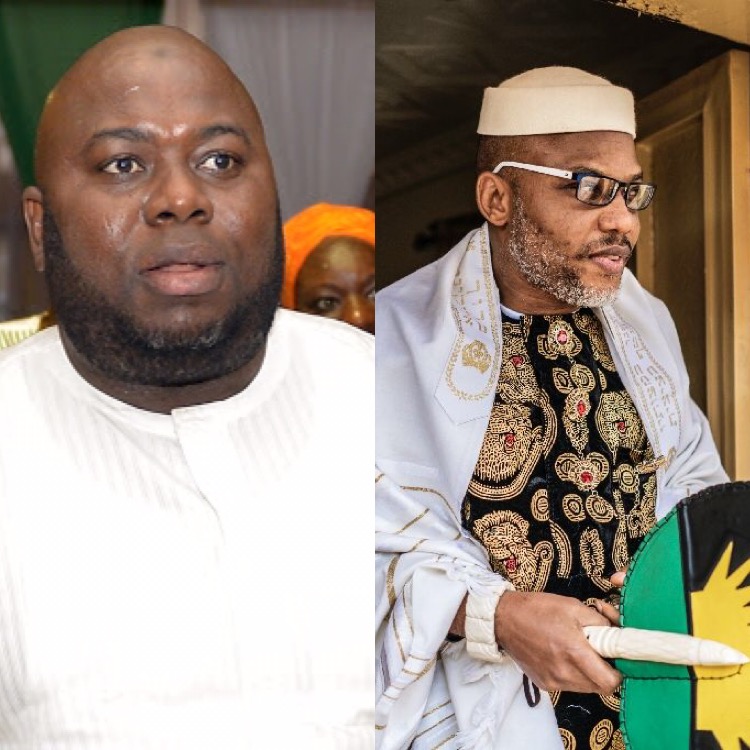 Niger Delta activist and leader of the Movement for Emancipation of Niger Delta, MEND Asari Dokubo is over the moon with reports that the leader of Indigenous People of Biafra, IPOB Mazi Nnamdi Kanu, has been arrested.

Recall Dokubo and Kanu recently clashed heads on social media where Dokubo vowed to teach him a lesson and expose his evil deeds. According to Dokubo, Nnamdi Kanu is a thief who receives defence funds without giving an account of the expenditure. Dokubo was spotted in a video making rounds on social media, lambasting Kanu.

He said: “You are demanding that all Biafrans should pay money to you on monthly basis or they will not be allowed to enter Biafra.

“Doesn’t that make you a con man, an extortionist? Now you allege, the law says he who alleges must prove, that you gave me N20 million, video doesn’t lie. When I started it last year leading to election, you were so cowardly not to respond to me. You sent your followers to respond to me and they said a lot of things and I demanded the evidence that I demanded N200 million from you.

“I have never been a member of IPOB, you gave me N20 million, tell us is it by bank transfer, is it by cash, who brought the cash to me. I’m waiting. Produce the evidence”

“Where are you working? Who is paying you? Where do you get the money to gallivant everywhere? Do you pick money? Do you print money? Or does money fall from heaven? You called me a pipeline contractor, yes we make billions. So which one are you doing”